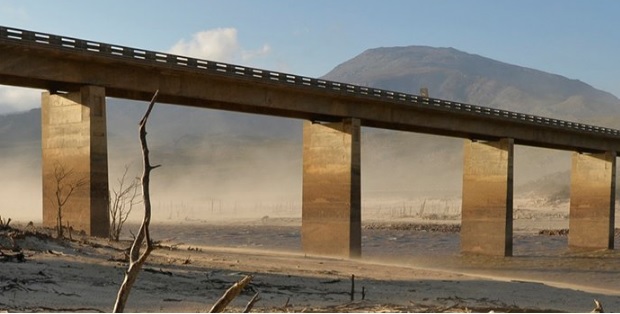 The City of Cape Town has started rationing water as the rainy season comes to an end without any hoped-for replenishment of the reservoirs in its dam system.

Officials say they’ve implemented Phase 1 of the Critical Water Shortages Disaster Plan, which means they’ve started to intentionally reduce water flow and some disruptions in service are expected. That’s because the overall storage level of usable water in the dam system has dropped to just 27.8 percent in what Cape Town says is the worst drought in its recorded history.

Richard Bosman, the city’s Executive Director of Safety and Security, said that everyone will experience inconvenience in the hopes that Phases 2 and 3 of the plan aren’t needed to deal with the increasingly dire water situation.

“There may be short periods of limited to no water available to some neighbourhoods,” the city plan explains. “Water users will need to make alternative arrangements for water or store water for usage. It is advised that up to five litres of water is kept as emergency storage for essential usage in the event of intermittent supply.”

City council member Xanthea Limberg, head of the committee that oversees water resources, said the situation is dynamic and more restrictions, including lower water usage targets, may be implemented on short notice. That’s true for residents, but Cape Town also is emphasizing the water crisis information to tourists as the travel season begins.

About 75 percent of the usage is residential in a system serving nearly 4 million people. Officials plan to implement desalination and other solutions in addition to the rationing measures.

Cape Town also offers an online tool to help people understand how much water their daily tasks use. The calculator is available here.