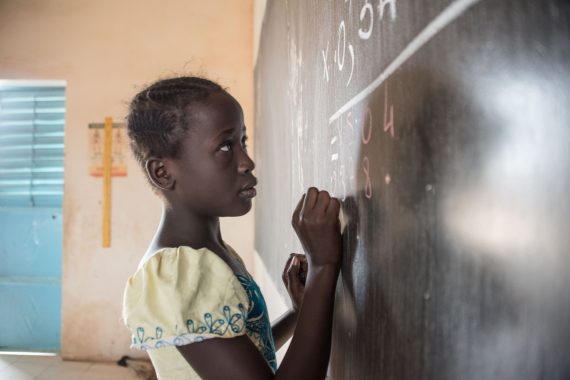 As the world noted the International Day of the Girl Child, a new report showed the 10 most difficult nations for girls when it comes to completing an education – and nine of them are in Africa.

Some 130 million girls are out of school each day across the globe, according to the ONE campaign.

The conflict-torn South Sudan is ranked the lowest on the report index scores, followed immediately by Central African Republic. The Sahel states of Niger, Chad and Mali are next-lowest, in that order. Guinea, Burkina Faso, Liberia and Ethiopia complete the lowest rankings, with only Afghanistan among them as a non-African nation in the list of 10.

On the other hand, among the better-performing nations are Mauritius, Algeria and South Africa, along with Egypt, Tunisia and Cape Verde. Namibia, Zimbabwe and Kenya follow closely behind when it comes to girls’ access to the classroom.

Within the Top 10 countries, according to ONE, the girls are 57 percent more likely than boys to be out of school at the primary level, and this disparity only gets worse as they get older (83 percent at upper secondary level).

“Girls face social, cultural and economic barriers to accessing and staying in school. In most of the top 10 countries, over half of girls are married before their 18th birthday,” the organization said.

Budget isn’t necessarily the reason, since Burundi has the world’s lowest GDP per capita but outperforms 18 other countries that have high GDPs. At the same time, Niger and Ethiopia report spending more than 20 percent of GDP on education but still fail to make strides in educating girls.

To see the complete details, check this link.