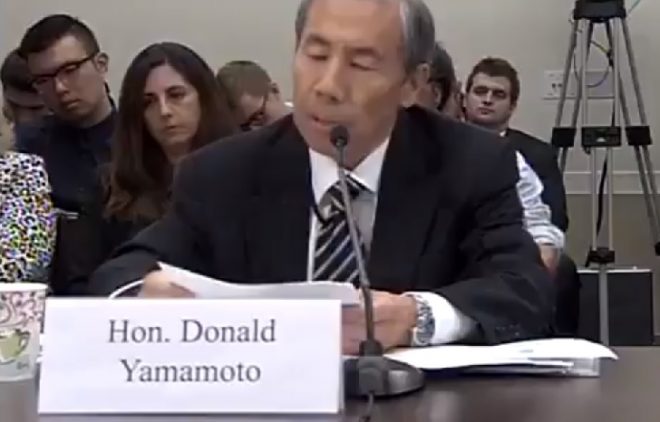 Donald Yamamoto, the acting assistant secretary for African affairs at the United States Department of State, testified before a U.S. congressional committee on Wednesday in defense of a USD$5.2 billion foreign assistance budget request for FY2018.

Yamamoto, in a position that President Donald Trump’s administration has yet to formally fill, said the funding is critical to support an Africa that is growing beyond the images of poverty and security crises. Yet his appeal emphasized the need to continue support for counterterrorism, pandemic and other health emergencies, political instability and human rights violations in the most fragile African states.

“What happens on the continent over the next several years will shape the world’s economy, security, and well-being,” Yamamoto said in his testimony. “Africa is emerging as a bridge from the Indo-Pacific region to the larger Atlantic community, while also connecting directly to Europe and the Middle East.”

Yamamoto noted the “difficult tradeoffs” that the Trump administration budget cuts forced on the Department of State and USAID, while protecting the U.S. commitment on counterterrorism.

“In Somalia, despite overall funding reductions, we seek to target our assistance to bolster the effectiveness of AMISOM, the African Union Mission in Somalia, and the Somalia National Security Forces to drive out al-Shabaab and support further efforts to strengthen the Somali state,” the acting assistant secretary said. “In the Lake Chad Basin, our assistance is helping the regional coalition defeat Boko Haram and ISIS-West Africa with support for military and civilian security operations, humanitarian support, and a defectors’ strategy.”

Yamamoto said the budget also helps to support the G5 Sahel force, and operations in South Sudan and the Democratic Republic of Congo. It also maintains PEPFAR program funding in the fight against HIV/AIDS, as well as malaria and other prevention efforts.

To view the entire testimony transcript, see this link.