Home>News>Ugandan police, FDC give different accounts of Rukunguri deaths
By AT editor - 19 October 2017 at 4:30 am 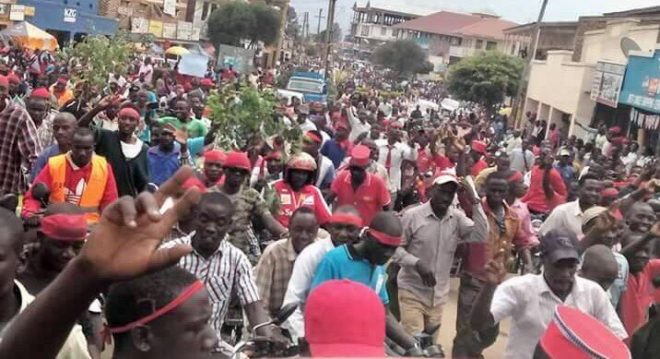 Police in Uganda confirmed the death of an unidentified man they say was injured when a political rally in Rukungiri turned violent Wednesday – but they tell a starkly different story than opposition leaders who say they were there when police opened fire on the crowd.

Patrick Amuriat, an opposition party member with Forum for Democratic Change (FDC), planned to hold a meeting at the Rukunguri stadium, the Uganda Police Force said. That much both parties agree on, but “to the surprise of the police,” they say, presidential hopeful Amuriat held a rally. The FDC disputes the account because they say they complied with required notifications about the meeting and security.

Amuriat said he planned consultations with his constituents on Uganda’s proposal to change the constitutionally established presidential age limit, an unpopular move that would allow President Yoweri Museveni to seek another term. Uganda has banned rallies on the issue, which has caused upheaval in recent weeks.

Ugandan authorities acknowledged the death of a man in his 30s, but say it occurred when “youth became unruly and violent, leading to running battles with the police.” He died in the scuffle and was taken to Kambuga Hospital to determine cause of death, they say, with no mention of any shooting. 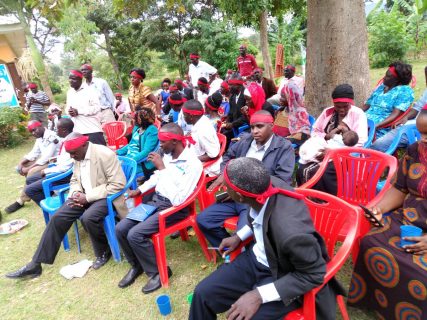 Longtime FDC leader Kifefe Kizza-Besigye disputed the official account, and said that the crowd was marching peacefully to the stadium when police opened fire. Video posted by the former presidential candidate and other FDC members showed hundreds of people walking and singing.

Kizza-Besigye said two people died, including a 22-year-old man, and at least two were in critical condition after Ugandan police opened fire on them.

Last week, Amuriat complained that the Ugandan Police Force crashed an FDC delegates meeting in Moroto. The FDC is highly visible in the fight against the age limit change, and launched a “red ribbon campaign” for citizens to display their opposition to the removal of the presidential age limit.