Home>CUTTING EDGE>South Africa's space telescopes contribute to cosmic discovery
By AT editor - 20 October 2017 at 5:50 am 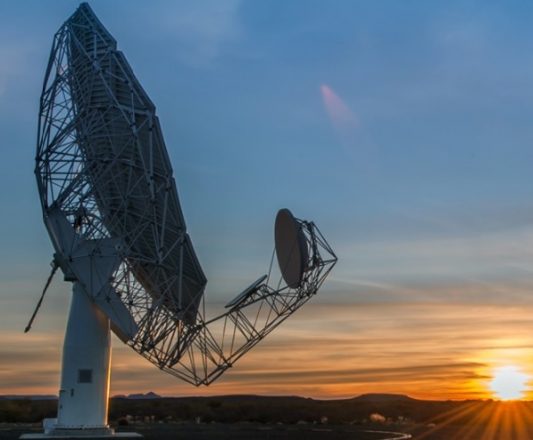 South African scientists are celebrating their contribution to an unprecedented space discovery, through data gathered by their Southern African Large Telescope (SALT) and the Hartebeesthoek Radio Astronomy Observatory.

For the first time, scientists have directly detected gravitational waves, or ripples in space-time, in addition to light from the spectacular collision of two neutron stars that started in August. Scientists across the globe measured data that allowed them to “see” what they say provides confirmation of Albert Einstein’s theory of relativity.

In South Africa, that meant using telescopes that are already online – the project is expanding – to pinpoint the location on three different nights. The discovery of GW170817, the gravitational wave signal, was first made when identical detectors of the U.S.-based Laser Interferometer Gravitational-Wave Observatory (LIGO) picked it up from the states of Louisiana and Washington. NASA’s Fermi space telescope saw a burst of gamma rays at the same time, while the Virgo detector in Italy helped to pinpoint the location through triangulation.

LIGO partners from across the globe followed, and their data included SALT’s visible-light observations one day after the star collision and merger. The event monitored by the South African Radio Astronomy Observatory (SARAO) provided data that was included in a paper published this week in The Astrophysical Journal Letters.

Dr. Fernando Camilo, chief scientist for SARAO, said it was a wondrous moment in modern astrophysics.

“Many of us have dreamt about this event for decades, and it’s more wonderful than we could have imagined,” Camilo said. “It raises as many questions as it begins to answer.”