Home>Commentary>Liberia: Justice and the civil war legacy on 25th anniversary of nun deaths
By Laureen Fagan - 21 October 2017 at 6:27 am

Friday marked the solemn anniversary of the deaths of five American nuns killed during Liberia’s first civil war, all of them as missionaries with the Sisters of the Adorers of the Blood of Christ in 1992.

It’s been 25 years since Sister Mary Joel Kolmer and Sister Barbara Ann Muttra died on a road between Gardnersville, a suburb of Monrovia, and the neighboring community of Barnersville. Witnesses say on that fateful October 20, as fierce fighting under former Liberian president and warlord Charles Taylor drew closer, the women were killed at a checkpoint while trying to get an employee home safely.

Three days later, the remaining nuns – Sisters Agnes Mueller, Shirley Kolmer and Kathleen McGuire – were shot dead at their convent, two of them apparently hacked into pieces with a machete. Weeks went by before anyone could collect their remains. Years went by with no one ever held accountable. 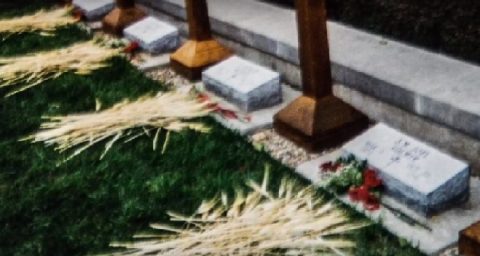 They served in the country for as long as 21 years, in Muttra’s case, or for as little as one; that was true of McGuire and her work with Liberians psychologically traumatized by the war. Their roles as teachers, nurses and spiritual leaders lived on in the Liberian clinics and schools named after them, but so do the questions of who was responsible for the deaths and how they might be brought to justice.

Liberia, currently in a peaceful election process to replace the outgoing President Ellen Johnson Sirleaf, is trying to move on from a painful past in which the five American deaths were just a handful of at least 250,000 people killed in conflicts that also left more than 1.3 million displaced.

“We were there with people who were suffering through the same thing,” says Sister Barbara Hudock in a new short video released by the religious order as part of the 25th anniversary observance. “This happened to all of your people.”

What hasn’t happened in Liberia – and rarely outside of it – are court cases and convictions of those who were responsible for atrocities that included torture and murder, sexual violence and child conscription. Taylor himself is serving a 50-year sentence handed down by the Special Court for Sierra Leone in 2012, in a highly visible trial at The Hague that was the first of its kind since World War II. Yet that case didn’t deal with crimes in Liberia.

Agnes Taylor, the former wife of the National Patriotic Front of Liberia (NPFL) chief, was arrested in Britain in June and is awaiting trial for her alleged role in torture during the war. Taylor’s son was sentenced to 97 years in the United States in 2009, in what was the first U.S. prosecution tied to torture committed in a foreign country.

There are a handful of other cases, including this week’s conviction of an alleged Liberian war criminal on U.S. federal immigration charges. Mohammed Jabbateh, 51, went to trial in Philadelphia after his 2016 arrest for fraud and perjury, stemming from his denial of any war crimes upon seeking entry to the U.S. almost 20 years ago.

In a federal indictment that detailed ethnic and cultural conflict in Liberia since its inception, through the history of the civil wars, the U.S. prosecutors laid out their case against Jabbateh. His role as a military leader of United Liberation Movement for Democracy in Liberia (ULIMO) and the later ULIMO-K splinter group meant that he “personally committed or ordered ULIMO troops under his command” to murder, torture, rape and maim civilians, execute prisoners of war and other crimes.

The 17 Liberians who testified about their experiences showed both the cruelty and complexity of his case, in which the defense argued that he too was a victim. Jabbateh is one of three people in the Philadelphia area arrested in connection with Liberian war crimes. Isaac Kannah was arrested earlier this year and is awaiting trial on perjury and obstruction charges. They arise from testimony he gave during a previous U.S. deportation hearing for former warlord George Boley, who later became the first person removed from the country for child conscription violations.

The third case involves the 2014 arrest of Jucontee Thomas Woewiyu, who also is awaiting trial on perjury and other immigration law violations. That indictment identifies the Liberian as a founding supporter of the NPFL who had lived in the U.S. since 1972, subsequently returning to Liberia to serve as NPFL defense minister during the war years and, later, as Taylor’s labor minister.

The U.S. Department of Justice identifies Woewiyu as an alleged war criminal, and specifically references an October 1992 attack by NPFL forces that left scores of people in Monrovia dead. That was the time frame of Taylor’s brutal Operation Octopus, including acts for which Woewiyu as defense minister could be held responsible. It’s also the window in which the American nuns were killed.

Although there is no direct link between Woewiyu and their deaths, journalists working on a 2015 Pro Publica report were surprised to learn the Federal Bureau of Investigation (FBI) does not consider the case closed. Requested FBI records were withheld because “the killing of the five Catholic sisters, the FBI says, remains relevant to a ‘pending or prospective law enforcement proceeding.’ Releasing the information, the FBI says, ‘could reasonably be expected to interfere’ with that proceeding.”

A spokeswoman for the nuns’ religious order told Pro Publica that, based on her information from the FBI, Woewiyu may be implicated in their deaths because of his leadership role and may face charges on human rights violations in connection with their deaths. Yet he is one of at least three people, including NPFL leader Martina Johnson who is awaiting trial in Belgium, also seen as tied to the nuns’ deaths. The other is Christopher Vambo in Liberia, who denies involvement despite numerous witness accounts.

As these cases move forward, it’s possible that a quarter-century after the Liberian civil war silenced the lives of five nuns – a development that made the suffering of thousands more visible to the world – those guilty for the gruesome killings will be held accountable. The milestone anniversary of their deaths serves as a reminder that justice and reconciliation is difficult work that often spans decades. At the same time, this week’s conviction in Philadelphia speaks to the possibility that one day it will be achieved.

Images: Sisters of the Adorers of the Blood of Christ