Home>News>Gabon opposition: Constitutional changes will create a de facto monarchy
By AT editor - 22 October 2017 at 2:46 am 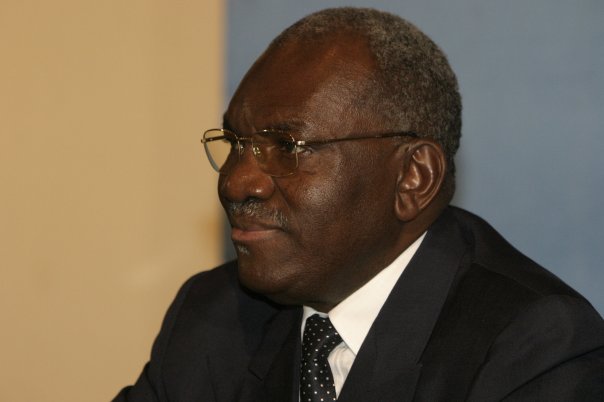 The political opposition in Gabon is speaking out against proposed constitutional revisions drafted by the government of President Ali Bongo, changes that follow the months of national dialogue meant to resolve the country’s political instability.

Zacharie Myboto, president of the National Union party, issued a statement Saturday warning that the draft introduced in September will upset the equilibrium of Gabonese government and concentrate power in Bongo’s hands.

“When one promises loyalty and fidelity to a man, and no longer to values ​​or principles, it is the Republic that fades,” Myboto said. He counted 56 of 199 articles of Gabon’s existing constitution that would be changed, and listed the adverse effects that the party – along with others in the Coalition of the New Republic (CNR) – will refuse to accept.

Changes to Article 8 will concentrate power in the hands of Bongo and those who follow him, Myboto said. The wording leaves executive power solely in the hands of the president, eliminating the reference to shared power with Gabon’s prime minister.

It also stipulates that in the event the National Assembly political majority shifts – and the ability to shape policy with it – the president retains all decision-making power in consultation with the government. “The President of the Republic is the supreme holder of executive power,” the article says.

Myboto said that such a change makes the president “master at the controls of all” and, along with other changes, essentially transforms Gabon into a monarchy. Those other articles include 15 and 20, which require the heads of defense and security forces to make an oath of allegiance to the president, and a provision that allows for the extension of mandated terms as determined by the Constitutional Court.

Gabon has remained bitterly divided since last year’s contentious election, which opposition candidate Jean Ping still claims he rightfully won. Ping and Bongo’s other political foes say they’ve been under increasing pressure and harassment, including a travel ban imposed last month. Ping’s home was raided and seized on October 13, in a move he ties to government attacks on his overall finances meant to weaken and silence him.