Home>News>Egypt's Sisi arrives in Paris under cloud of human rights controversy
By AT editor - 24 October 2017 at 4:07 am 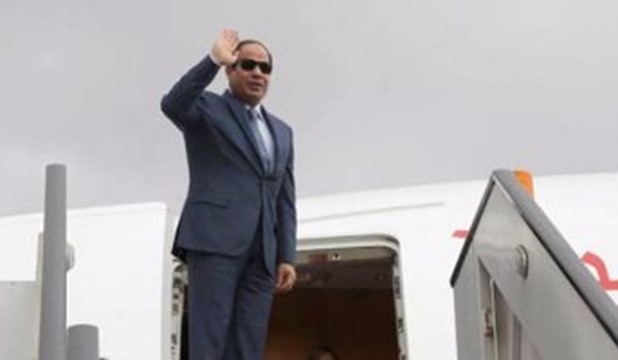 Macron and Sisi, who is traveling with key government ministers, are expected to meet at Élysée Palace Tuesday to discuss regional security, including developments in Libya, Palestine and Syria, as well as trade and other topics.

They also plan to sign 17 agreements on education, economic investment and other issues, Egyptian media reports. France was the sixth-largest investor in Egypt last year, and bilateral trade between the two is up this year by €1.1 billion in exports and €401.4 million, or 21 percent, in imports from Egypt.

This is the first meeting since Macron was elected in May, and follows a meeting earlier this month between France’s Minister for Foreign Affairs, Jean-Yves Le Drian, and Egyptian Foreign Minister Sameh Shoukri. The French government made clear that Le Drian again raised concerns over Egypt’s human rights record with Shoukri during that October 6 meeting.

Human Rights Watch, Reporters Without Borders (RSF) and other NGOs are unequivocal in voicing their concerns over France’s emphasis on “efficiency” and a more pragmatic approach to an Egypt marred by media repression, arrests and other human rights violations.

RSF, in a joint letter signed by four other organizations – FIDH and EuroMed Rights among them – called on Macron to suspend all exports of military and surveillance equipment to Egypt, citing European Union rules.

“This suspension should continue until the Egyptian authorities stop their violent crackdown on human rights NGOs and peaceful dissidents, and the grave violations of international law taking place in the Sinai under the cover of combatting terrorism,” the letter said.