Home>Finance & Economics>Nigeria's Buhari heads to Niamey for ECOWAS currency meeting
By AT editor - 24 October 2017 at 2:43 am 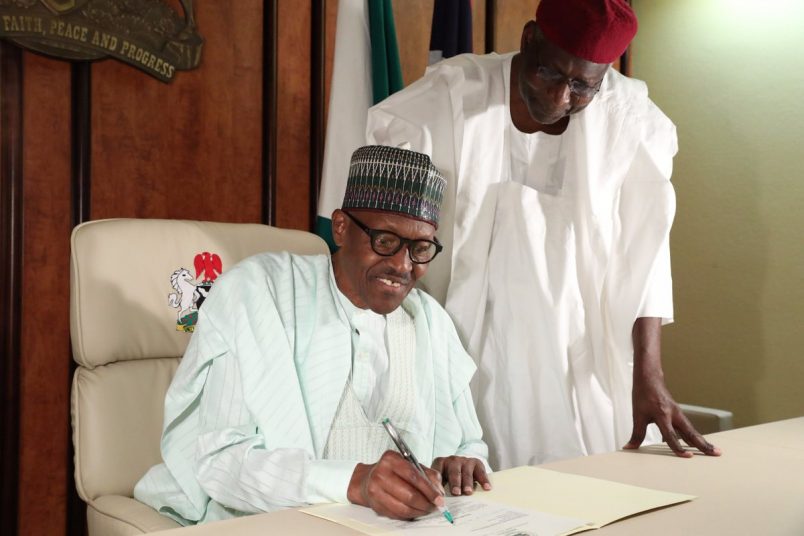 President Muhammadu Buhari of Nigeria is headed for Niger to discuss progress on a long-awaited common currency for the region’s West African Monetary Zone (WAMZ).

Earlier this month, President Nana Akufo Addo of Ghana welcomed President Patrice Talon of Benin to Accra for talks that included their shared commitment to reenergize the common currency plans as part of overall economic integration for the region.

In an August speech, Akufo Addo called on Nigeria to lead the way in transforming the ECOWAS region, and muster the political will that will unify its goals including the currency. “You have the numbers, you have the economic muscle and, dare I say it, you owe it to the region and continent,” he said.

The Ghanaian leader compared West Africa’s potential to the European Union model, in terms of open borders that allow for the free movement of goods and people, and a shared currency that improves efficiency, transparency and the cost of doing business.

Yet the ECOWAS vision is nearly 20 years in the making, and the common currency has remained elusive as member states work through political and economic instability as well as the challenges of technical alignment.

ECOWAS countries using the CFA franc remain lukewarm about their integration into the ECO currency, and Marcel de Souza, president of the ECOWAS Commission, appealed in September for a slower process to avoid regional destabilization. That’s likely to make the 2020 deadline more difficult to achieve.