Home>News>SADC begins sending peacekeepers to Lesotho ahead of Nov. 1 deadline
By AT editor - 24 October 2017 at 7:35 pm 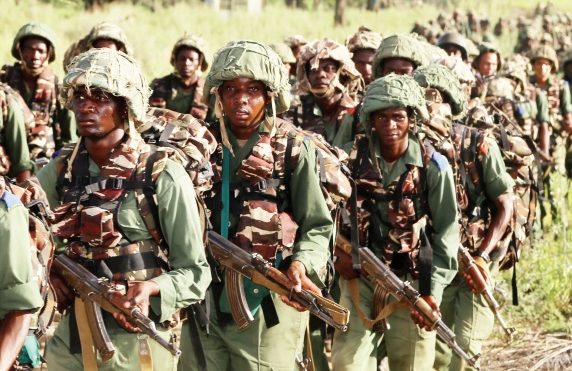 Peacekeeping troops are headed for Lesotho ahead of a November 1 deadline set by the Southern African Development Community (SADC) for a 1,000-strong force to assist in stabilizing the small kingdom.

The SADC peacekeepers include 250 members of the Namibian Defence Force, according to the country’s international relations minister. Netumbo Nandi-Ndaitwah said the Namibian cabinet approved the deployment, while the USD$6.7 million expense will be paid by the regional body. Four security experts also are deployed to the SADC as part of the oversight committee, The Namibian reports.

The remaining peacekeepers will come from member states including Angola, South Africa and Swaziland; there are currently 16 member nations, including the recently admitted Comoros.

The creation of the peacekeeping force was approved by the SADC in September after a fact-finding team identified “a volatile security situation” and an “urgent need to assist the Kingdom of Lesotho in restoring law and order” after the September 5 assassination of Lt. Gen. Khoantle Motšomotšothe.

The former commander of the Lesotho Defence Force (LDF) was shot following a struggle with two rival officers who were killed by security forces during the attack. The same officers, Tefo Hashatsi and Bulane Sechele, were implicated in the 2015 death of previous military chief Maaparankoe Mahao, who was closely aligned with then-and-current Prime Minister Tom Thabane.

The death of Motšomotšothe left the historically troubled Lesotho more tense, as did a murder charge filed last week against another former LDF commander, Tlali Kamoli. The charge stems from the August 2014 death of a Lesotho police commander during Thabane’s first government. Three other military leaders were detained last month for the same incident.