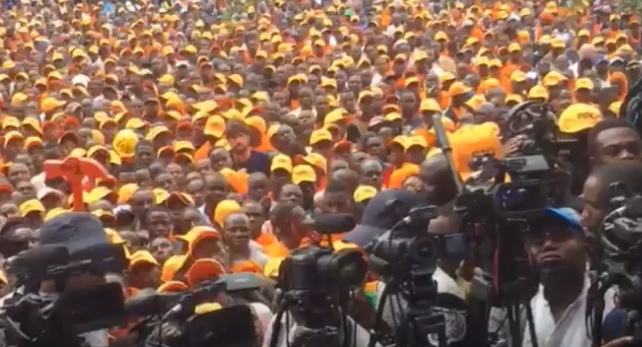 A new presidential election will move forward in an edgy Kenya tomorrow after a last-minute legal challenge ended in a non-ruling by Kenya’s High Court judges – most of whom did not show up.

The Nasa coalition and opposition candidate Raila Odinga issued a final statement on his refusal to participate in Thursday’s “charade” of an election, and alleged that Mwilu was the real target of the shooting incident. The court overturned the results of an August 8 election that gave President Uhuru Kenyatta a victory at the beginning of September and its members have faced threats since then.

Odinga’s successful challenge to the initial polling results was followed by a steadfast refusal to boycott a new election unless changes were made at Kenya’s Independent Election and Boundaries Commission (IEBC). The demand for IEBC chief Wafula Chebukati and others to resign was never met, while in recent days Chebukati has said he cannot guarantee a credible election and Kenyatta’s Jubilee Party accused him of trying to stop the rerun. The IEBC’s Roselyn Akombe quit and fled the country in a high-profile development last week.

Kenya has banned opposition party protests amid escalating violence, and observers are deeply concerned that a return to the electoral violence that has scarred Kenya in the past is all too possible.