Home>African Future>Eritrea says sea turtle conservation, coastal protection is paying off
By AT editor - 27 October 2017 at 5:55 am 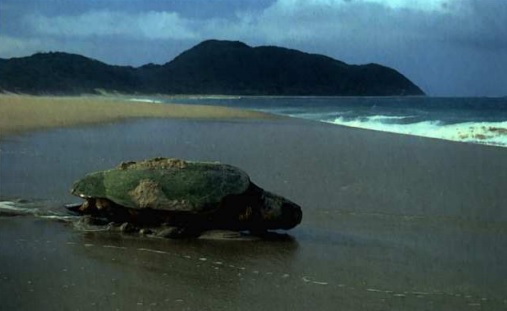 Eritrea says that decades of conservation work to save sea turtles from the verge of extinction is paying off, but strict preservation activities must continue to help them survive and reproduce.

Tekle Mengistu, the director of Research at the Ministry of Marine Resources for the small Horn of Africa nation, said Thursday that there are now 210 of 300 Eritrean islands in the Red Sea that serve as good sea turtle habitats.

Ras Garman and Barasole are among the best locations, he said, but a departmental proclamation calls for the protection of mangroves and bushes in all coastal regions in order to protect an ecosystem the sea turtles need for successful hatching and survival.

There are five species that have global significance, the director said. Primary among them, according to an Indian Ocean-Southeast Asia turtle conservation group, are the Hawksbill (Eretmochelys imbricata) and the Green (Chelonia mydas) turtles. The Loggerhead (Caretta caretta), pictured above, and the Leatherback (Dermochelys conacea) and Olive ridley (Lepidochelys olivacea) also are present.

More than 170 sea turtles have been tagged and released in the 12 years that Eritrea has conducted its program, and the government plans more educational outreach to enlist residents in the coastal regions in ongoing efforts to protect the turtles. Tagged turtles have been known to travel more than 2,000 kilometers in the regional waters, and Eritrea’s efforts combine with those of other Red Sea-Gulf of Aden nations.

Among other threats, fishing nets capture and kill thousands of sea turtles each year. The World Wildlife Fund is working on a project to use LED lights on nets that turtles can see and avoid. The technique has shown promise in reducing accidental turtle deaths while boosting fishing yields.