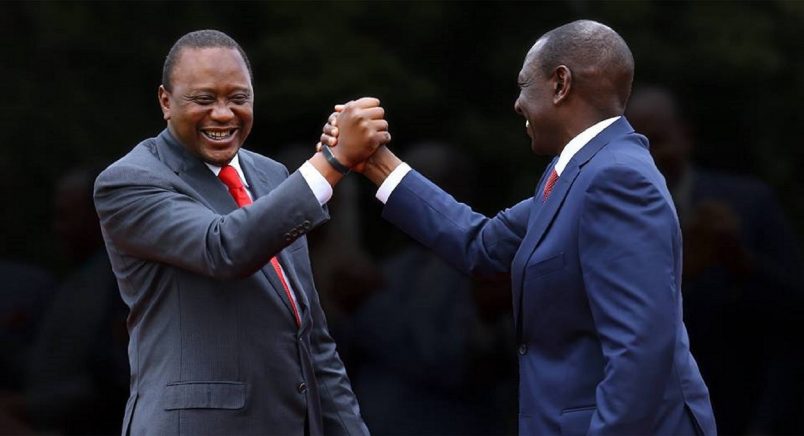 President Uhuru Kenyatta has been declared winner in Kenya’s highly contentious second election, and has accepted the again-disputed result he said is nonetheless a vindication for Kenyans and “a revalidation of their general will.”

The results announced Monday followed a legal case initiated by opposition candidate Raila Odinga and the Nasa coalition, which ultimately led to the setting aside of August 8 results and a Kenyatta victory. Odinga and his supporters boycotted the second election and last week called it a charade; Nasa remained steadfast in refusing to participate in a process viewed as flawed, marked by violent protests, and clouded by administrative upheaval within Kenya’s Independent Election and Boundaries Commission (IEBC) and threats against Kenya’s judiciary.

“Despite the fact that my major competitor went to court demanding the Presidential election be nullified and was granted that annulment, he chose to ignore the rest of the ruling which ordered a fresh election in 60 days conducted by IEBC,” Kenyatta said in his acceptance speech. “Thereafter he chose to abandon the fresh poll.  You cannot choose the opportunity to exercise a right and abscond from the consequences of that choice.”

Kenyatta thanked those who supported him in the new elections “despite violent intimidation and witchcraft.”

Odinga has already appealed for a new election within 90 days, while rejecting what he says is Kenya’s failure to hold a credible election. Nasa’s demand that IEBC chief Wafula Chebukati and others resign to ensure a fresh start was never met, while in recent days even Chebukati said he could not guarantee a credible election and the IEBC’s Roselyn Akombe quit and fled the country.

The new voting process was chaotic, with voting postponed in a number of locations because of security issues and electoral violence that claimed at least eight lives.