Home>News>U.S. legislator: Ethiopia's lobbying must not stop human rights measure
By AT editor - 2 November 2017 at 1:44 am 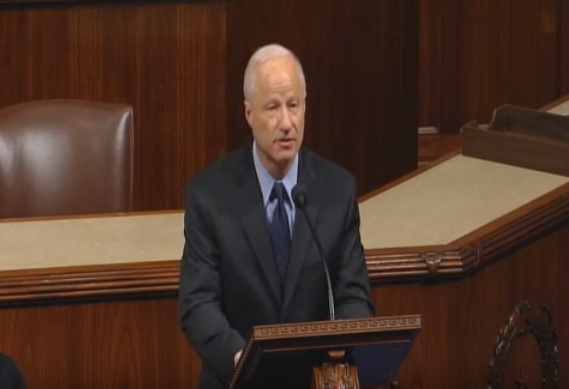 A United States legislator is again pressing for a vote on House Resolution 128, a measure calling for human rights protections and inclusive governance in Ethiopia that was supposed to be up for a vote last month. It was postponed by what supporters say is suppression by the Ethiopian government.

“It has been brought to my attention that the Ethiopian government has threatened to cut off security cooperation with the United States should we proceed with House Resolution 128,” said Representative Mike Coffman, R-CO, from the floor on Wednesday. “I am particularly dismayed that rather than solving their problems and moving towards becoming a more democratic country, the Ethiopian government has chosen instead to hire a D.C. lobbying firm at a cost of $150,000 a month.”

“The Ethiopian government vigorously fought all previous attempts to hold it accountable for abuses of human rights and democratic norms, and it has opposed the current measure from its inception,” said Yoseph Badwaza, a senior program officer for Africa at Freedom House. “In January 2017, it hired a Washington-based lobbying firm in an effort to kill H. Res. 128 and its companion resolution in the Senate.”

Coffman said the resolution “calls on the Government of Ethiopia to take clear decisive steps towards becoming more inclusive, more democratic and more respectful of the basic human rights of its own people.”

Specifically, it condemns the excessive use of force by Ethiopian security forces and the killing of peaceful protesters; the arrest and detention of journalists, students, activists and political leaders, and the Ethiopian government’s abuse of the anti-terrorism proclamation to stifle political and civil dissent. Coffman’s comments came as Ethiopia again denied the release of Oromo leader Bekele Gerba, despite a court ruling Monday that he was to be freed on bond.

Coffman said that if the Ethiopian government wants to correct any negative perceptions about the country in the U.S., the solution isn’t a public affairs campaign but rather an end to the repression of the Ethiopian people.