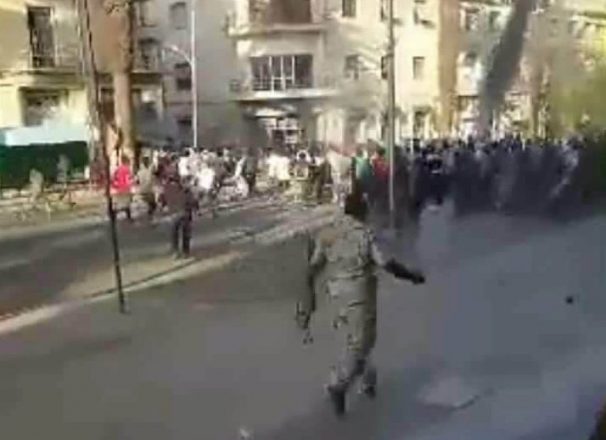 Eritrea’s Minister of Information denies any protest deaths in the small Horn of Africa nation earlier this week, and called two journalists pathological liars for reporting on clashes some say killed 28 people.

Yemane Meskel, in the government’s first official response to events on Tuesday, countered media outlets and local activists who say a protest that stemmed from tensions over control of a Muslim school in Asmara ended with live gunfire.

According to Red Sea Afar Democratic Organization (RSADO), 28 people died and more than 100 were injured. Photos posted by RSADO showed large crowds and soldiers, while the United States Embassy issued a warning after receiving reports of gunfire in the downtown area.

Yet Meskel said the incident was a “small demonstration by one school in Asmara dispersed without any casualty,” and in a series of social media exchanges targeted two journalists – one an Associated Press correspondent, and the other a former BBC reporter – for reporting fake news and lying about fake deaths. 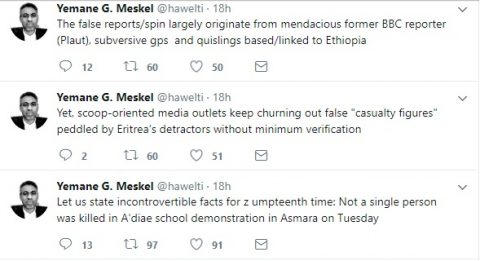 That no one died at the Eritrea school was “an incontrovertible fact,” he said. “Yet, scoop-oriented media outlets keep churning out false ‘casualty figures’ peddled by Eritrea’s detractors without minimum verification.”

Media outlets did, in fact, find it difficult to confirm information in repressive Eritrea, which has had among the world’s poorest human rights records under decades of rule by President Isaias Afewerki. However, a diasporan media outlet based in the United States reported new arrests last week that were tied to the Eritrean government’s alleged attempts to take over the Al Diaa school, which is the same one Meskel referred to in his messages.