Home>Health>Madagascar: World Bank commits $5 million as fears mount over plague spread
By AT editor - 5 November 2017 at 1:52 am 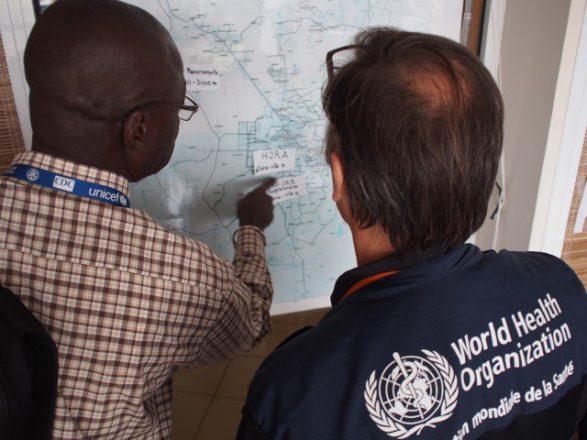 The World Bank says $5 million in emergency funding will help Madagascar finance the response to the island nation’s plague outbreak, as the death toll has reached at least 127 victims there – and threatens to spread to neighboring nations.

More than 1,800 suspected cases have been reported since August 1, according to WHO Africa, the majority of which – about two-thirds – are associated with pneumonic plague, a more dangerous form of the disease that affects the lungs and is transmitted from person to person through coughing.

“This outbreak is unusually severe, and there are still five more months to go before the end of the plague season,” WHO said. The health organization has stepped up efforts to prevent regional spread of the disease, focusing on neighboring island nations including Comoros, Mauritius and Seychelles.

It’s also making some mainland African nations a priority, with increased preparedness in Ethiopia, Kenya, Mozambique, Tanzania and South Africa that begins at airports connecting them to Madagascar.

“The exit screening process tracks passengers from the moment they enter the airport until they board a flight,” said Dr. Sylvie Briand, Director of WHO’s Infectious Hazard Management Department. “We also provided information to airline companies and spoke to airport medical personnel. We explained the disease, the risks, and how they can be prepared.”

WHO committed $1.5 million in emergency funds last month, and sent 1.2 million doses of antibiotics for treatment. Both bubonic and pneumonic plague can be cured using common antibiotics if caught in time, and antibiotics can also help prevent infection among people who have been exposed.

While there is progress, the magnitude of the outbreak in Madagascar has strained resources committed to fighting it and the additional World Bank funding is needed for the effort.

“This financial support should enable the state to better handle emergency expenditure related to the response, without affecting other social and infrastructure spending critical to the country’s development,” said Coralie Gevers, World Bank Country Manager for Madagascar.