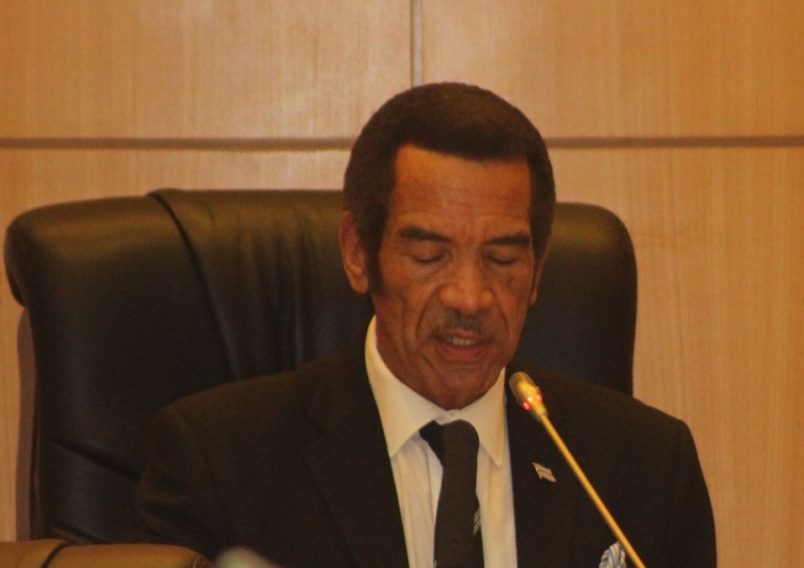 President of Botswana Ian Khama delivered his final State of the Nation address Monday, as he prepares for the end of his term and the transition to Vice President Mokgweetsi E. K. Masisi’s tenure.

In the address, Khama reiterated “Botswana’s strong support for the International Criminal Court (ICC), which is the only permanent criminal international court of last resort that plays a deterrent role in preventing the commission of genocide, war crimes and crimes against humanity.”

Botswana’s stance runs counter to that of other African nations considering departure from the ICC, as Burundi did last month.

Khama, however, also said that on poor governance and global human rights violations, The United Nations Security Council “has on many occasion failed to provide the required leadership on such issues as some are part of the problem instead of the solution.” He stressed the country’s continued support for the African Union and Southern African Development Community.

Turning to international trade, the outgoing president noted Botswana’s extended commitment to the African Growth and Opportunity Act. The country has identified agriculture, textiles and tourism as key sectors for development.

On domestic issues, alongside discussions of public health and energy, Khama said Botswana is developing a National Disaster Command Center expected to be up and running in 2018. That’s been prompted by recent events including floods and strong earthquakes. A 6.5-magnitude quake hit the country in April, followed by smaller tremors including a 4.7-magnitude quake last week. There were no reports of injuries or significant damage in that incident near Moijabana.

Vice President Masisi will begin leading Botswana five months from now. In Botswana, the vice president assumes national leadership during a transitional term ahead of elections, which are scheduled for 2019.