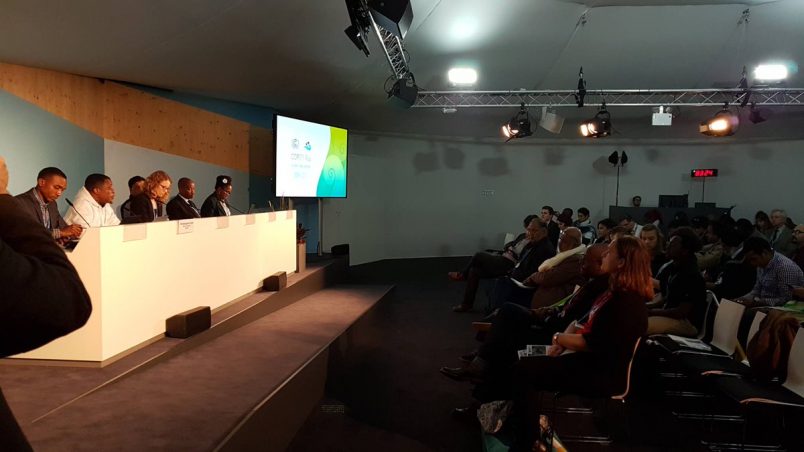 The U.S. is now the only country on earth refusing to honor the accord, which went into effect last October after meeting its ratification threshold. That’s sparked outrage from the Pan African Climate Justice Alliance (PACJA) based in Nairobi. Mithika Mwenda, head of the organization, told Deutsche Welle that his coalition members want the U.S. delegation removed if there is no meaningful participation.

“They still want to show that they can negotiate the implementation framework,” said Mwenda, who said that’s why PACJA wants delegates to sign a petition to have the U.S. government representatives kicked out of the negotiations. The target is the Trump government but not the American people they know want climate action.

There are U.S. groups in Bonn, one of them a people’s delegation of activists expected to speak on Thursday. Another is the We Are Still In coalition of government and business leaders led by former New York Mayor Michael Bloomberg. They also will set up the missing U.S. pavilion and speak Thursday.

PACJA membership includes hundreds of civil society organizations from nearly every corner of the continent, and they’re frustrated by a developed nation abandoning its responsibility for climate impacts that are disproportionately affecting Africans. Mithika, during a panel discussion in Bonn Wednesday said the PACJA role is to “call a spade a spade, instead of handling those responsible for this mess with soft gloves.”

Mwenda said it’s with “utter dismay” that Africans watch Trump walk away from former President Barack Obama’s climate legacy. “This is the time to classify the global community into two: those for the people and planet, and those for Trump and profit,” the PACJA head said.