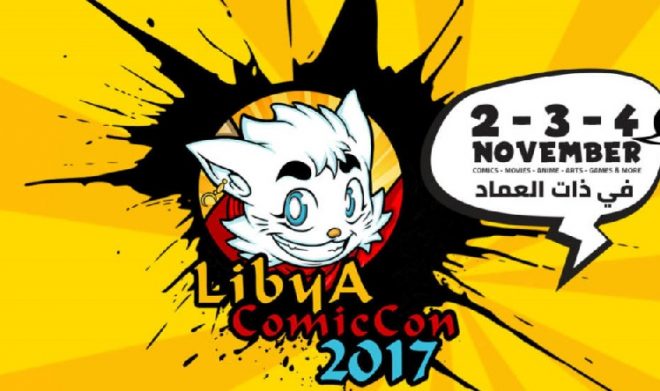 It’s been a week, and there’s still no official word on a half-dozen Libya Comic Con organizers arrested by an armed group in Tripoli last Friday.

Hundreds of people attended the country’s second annual Comic Con at the Dat Al-Imad conference center, where organizers say they had permission to hold the event and were cleared by the Libyan militia forces responsible for security there. Instead, the Libya Herald reported that the Rada Special Deterrence Force – led by a Salafi Islamist loyal to the Government of National Accord – raided the hall and ended the event.

Participants were told that Comic Con, with its costumes and comics aligned with Japanese and American influences, was forbidden as a violation of Islam from which the detainees needed to be “rescued.” Those arrested reportedly were detained on the basis of public morals allegations that included abandoning Islam, embracing other ideas like believing in Halloween, or inciting violence. The latter charge stemmed from artwork displayed at Comic Con.

‘‘Some of those who were released had received a beating, had had their head shaved bald and were given a religious lecture,” a non-detained organizer told the news outlet. “They were told that Libya was a Muslim country, not a free/liberal country.”

UNSMIL, the United Nations mission in Libya, said it was disturbed by reports of the detentions, and said in a statement earlier this week that freedom of expression and peaceful assembly are fundamental human rights. “The United Nations mission is concerned about reports of the detention of organizers/participants of comic-con in Tripoli and calls on the mission to immediately release those who remain in detention,” UNSMIL said.