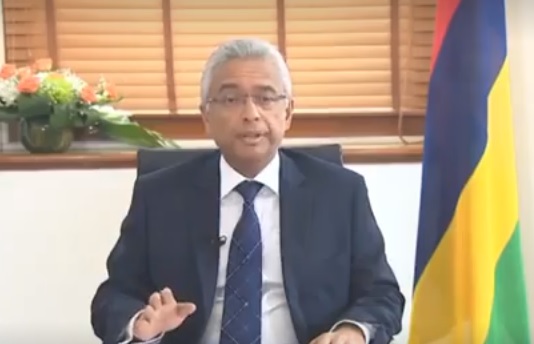 It’s not been two weeks since World Bank released its annual “Ease of Doing Business” report, which ranks countries on their business-friendly environment. It named Mauritius as the best country in Africa – less than two points behind Germany, and ahead of Thailand, Spain, France and Japan.

What’s clouded this success, though, are revelations that it’s entirely too easy to do business on the small Indian Ocean island. Last week’s “Paradise Papers” reveal from the International Consortium of Investigative Journalists (ICIJ) renewed ongoing questions about the nation’s status as a global tax haven. The reporting asks how Mauritius benefits from its corporate clients at the expense of other African nations, or any nations, really, that find their public coffers impacted.

Mauritius, separated from the mainland challenges of sub-Saharan Africa, is often lauded as a success story – and to be fair, that’s for good reason. Its 1.3 million people live in a relatively conflict-free country, with rare tensions since independence from Britain nearly 50 years ago. Its leaders are forward-thinking on climate change, particularly as sea level rise effects island nations. The nation makes education and human rights a priority, although needed improvements in the gender gap were made obvious by a new World Economic Forum report. A periodic review by the United Nations Human Rights Committee, the results of which were released Thursday, also details progress yet to be made under Prime Minister Pravind Jugnauth, who succeeded his father in January.

The most recent Transparency International Index, a measure of perceptions about corruption, puts Mauritius atop most African nations and for that matter the world. With a score of 54, Mauritius exceeds the global average of 43 and outperforms dozens of nations even with the caveat that its reputation as an offshore financial center drives high-level corruption. In August, the International Monetary Fund (IMF) said authorities hope to move Mauritius into high-income economy status within the next 10 years, based on public investment programs and “improvements to the business climate.”

So it’s easy to understand why Mauritius – in some ways, like Rwanda – has been held up as a shining example of Africa’s development success. Yet its failings, though different, must not be overlooked in the same way, and even the glowing IMF assessment notes the concerns of the European Union and the Paris-based Organization for Economic Cooperation and Development (OECD) when it comes to its financial services reputation.

For his part, Jugnauth denies that the Paradise Papers reporting done by the ICIJ is entirely accurate.

“Nothing can be further from the truth,” Jugnauth said in a statement issued Thursday. “According to the OECD criteria, Mauritius is not a tax haven. Our jurisdiction has always adopted sound regulatory practices and complied with international standards on transparency and exchange of information.”

Mauritius says the ICIJ reporting is full of “unfounded allegations” and denies that its government “promotes an environment of secrecy.” The 2017 compliance rating of the OECD Global Forum on Transparency and Exchange of Information for Tax Purposes is proof of Mauritius’ transparency, Jugnauth says. His country leads the way on regional African money laundering prevention initiatives, he adds.

What seemed to provoke the strongest response from Mauritius, though, is the headline on ICIJ reporter Will Fitzgibbons’ piece on Angola’s sovereign wealth funds, and the assets of other African nations he says are siphoned away from any benefit to the continent and its people.

“Mauritius strongly disagrees with the statement that it is ‘rising at the expense of Africa,’” Jugnauth said. “It is regrettable that in an attempt to surf on the wave of sensationalism and to toy with emotions, the authors have not realized that Mauritius is itself an African country, and proud to be.” Jugnauth added that as member of the African Union, SADC and COMESA, Mauritius contributes to the economic development and prosperity of all Africans.

The highly regarded Mo Ibrahim Foundation, with its commitment to good governance, ranks Mauritius at No. 1 of all 54 African nations as it preps for the November 20 launch of its new data sets. At the same time, the Paradise Papers appear to confirm the worst fears of governments and NGOs that have complained about Mauritius’ financial practices, and the secrecy that shrouds some 20,000 entities there. So which Mauritius will move forward?

Cleaning up a tarnished halo

The leaked records on Mauritius, as reported by ICIJ, are damning. They detail how South African investors hide their identities, how a hypothetical deal in Mozambique could be structured to slash the taxes due in half, how USD$5 billion in Angola’s heavily scrutinized FSDEA wealth fund was managed.

The newspapers in Switzerland are reporting that Swiss officials – at the request of Mauritius – are launching a corruption probe into the Basel-based Dufry because of details in the Paradise Papers that point to bribery over its duty-free airport operations. The newspapers in India are tracing convoluted business deals that run through Mauritius. So are media in South Africa, the UK, Canada and Japan; in fact, politicians and business leaders from across the globe are listed in the ICIJ database, although the organization highlghts that their connections and companies do not directly suggest any illegal behavior.

What the leaks do suggest, obviously, is a Mauritius government at the center. The country may deny that it’s compromising the future of other nations, but there’s no question that the Paradise Papers demonstrate that it’s compromising its own. The leaders of a nation with that much potential, and that much demonstrated success in development, owe it to themselves and their own people – if no one else – to live up to their oft-deserved good reputation. To do that, they’ll have to convince skeptics that their financial-sector reforms are legitimate, and they’ll have to clean up what has become both a tarnished halo for themselves and a global problem for others.