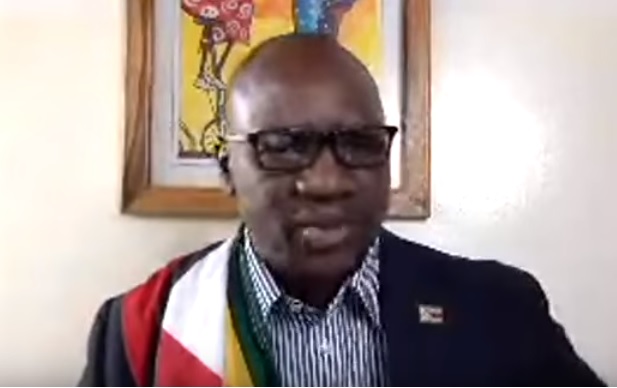 The global reaction to political developments in Zimbabwe surrounding President Robert Mugabe has been led by Africans urging calm in resolving the political crisis.

In Zimbabwe, #thisflag movement leader and pastor Evan Mawarire – at times in tears – published a video and issued a statement Wednesday that called for unity among the nation’s citizens.

“Our nation has entered unprecedented waters,” Mawarire said. “The military has announced that they are now in control until further notice. As peace loving Zimbabweans we want to plead for peace and the protection of all citizens.”

Mawarire, a Mugabe critic and frequently detained opposition leader, added that the country’s hope lies in its citizens. “In order to see a better Zimbabwe that we all want, we must now stand together.”

In neighboring South Africa, President Jacob Zuma delivered his appeal on behalf of the Southern African Development Community (SADC), of which Zimbabwe is a member state.

“SADC calls for calm and restraint, and expresses hope that developments in Zimbabwe would not lead to unconstitutional changes of government, as that would be contrary to both SADC and African Union principles,” the Zuma statement said.  “SADC will continue to closely monitor the situation, and remains ready to assist where necessary to resolve the political impasse in keeping with established SADC protocols and processes.”

Namibia, also an SADC nation, expressed its concerns as well. Officials in Windhoek did not confirm rumors that Grace Mugabe, the president’s wife, had traveled to their country but said they were concerned about the developments and aligned with the (SADC).

“Namibia and Zimbabwe share a common destiny and common aspirations for peace, economic prosperity and democracy for our countries and people,” said international affairs minister Netumbo Nandi-Ndaitwah. “Namibia is concerned that the present situation in Zimbabwe creates uncertainty that is not conducive to peace, stability and consolidation of democracy in Zimbabwe and the region as a whole.”

Moussa Faki Mahamat, chairman of the African Union, said he is closely following the developments in Zimbabwe. His statement “stresses that it is crucial that the crisis is resolved in a manner that promotes democracy and human rights, as well as the socioeconomic development of Zimbabwe.”

The AU said it was working closely with the SADC and aligned with Zuma’s statement on Zimbabwe.