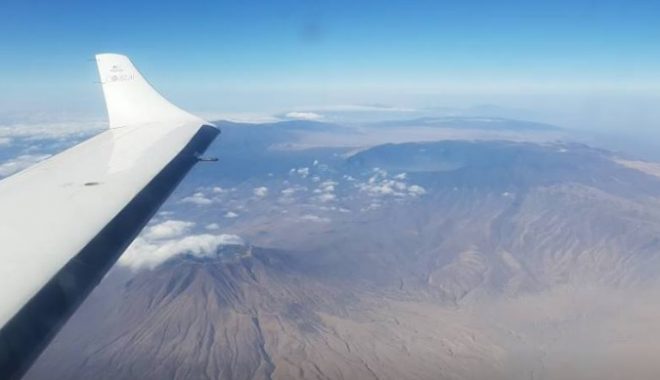 Eleven people have died in Tanzania after a small tourist-line airplane crashed near the Empakaai rater, in the eastern part of the Ngorongoro Conservation Area.

The region, which includes the adjacent Serengeti National Park and Maswe Game Reserve, is a popular destination for sightseers served by Coastal Aviation and its tourist flights from Arusha.

“Obviously, we are in shock. This is devastating,” said Coastal Aviation Managing Director Julian Edmunds. “I fly our planes regularly. I have the utmost faith in our crew and our equipment. On behalf of the entire team at Coastal, we will be doing everything we can to assist the pending investigation.”

The company said the accident occurred at 11 a.m. local time Wednesday, when Cessna Grand Caravan 5H-EGG with the pilot and 10 passengers on board went missing. “No one has been able to reach the site and assess the situation yet, due to the remoteness of the location,” an initial statement said.

The company later announced the deaths of all on board. Their names have not been released pending family notification. The company did not offer specific details about the crash location, although some reports suggested the plane actually crashed into the crater; a lake fills much of the Empakaai crater floor, while steep cliffs that surround it rise to 300 meters.

Coastal said it continues to assess the scene of the incident and will provide a further update when more information is available. Those updates can be found on the company website, as well as on Coastal social media pages.