Home>News>Indian Navy ship arrives in Tanzania for joint exercises, survey mission
By AT editor - 17 November 2017 at 7:28 am 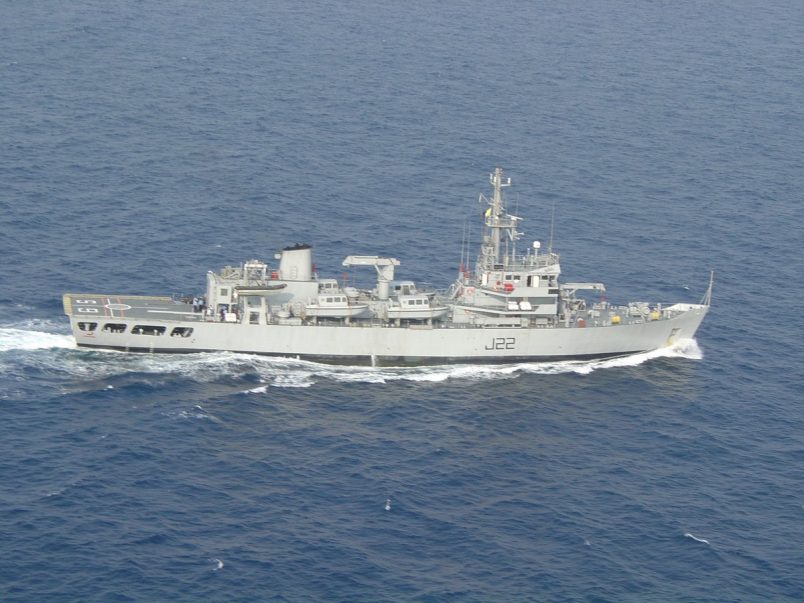 India’s Navy says that the INS Sarkevshak has arrived in Dar es Salaam, where the ship and crew are part of a survey mission and will participate in joint exercises with the Tanzanian Navy.

The mission is part of India’s effort to strengthen its relationships with Indian Ocean nations, especially those in Africa as Narendra Modi’s government seeks more influence on the continent. The Indian ship in recent years also has conducted cooperative exercises with Kenya, Mauritius and Seychelles. Another trip to Port Louis in Mauritius is planned in December following the Sarkevshak’s current work.

In Tanzania, the ship will complete detailed surveys of Pemba Island, including the Port of Wesha and Kiuyo, and the Pemba Channel. Past hydrographic surveys have been done at Dar es Salaam, Zanzibar, Makoni and Port Tanga.

“The joint survey will be conducted with the naval personnel of Tanzania who have been trained in India in National Institute of Hydrography, Goa,” the Indian Navy said. “During the survey, training of Tanzanian naval personnel will also be undertaken on advanced hydrographic equipment and practices.”

The INS Sarvekshak is a specialized survey ship with state-of-the-art equipment that includes a deep sea multibeam echo sounder system, side scan sonars and a fully automated digital surveying and processing system. The ship also carries a Chetak helicopter used to conduct the surveys. It has a crew of 15 officers and 175 sailors, the Indian Navy said.