Home>News>SADC turns attention from Lesotho crisis to Mugabe
By AT editor - 17 November 2017 at 4:12 am 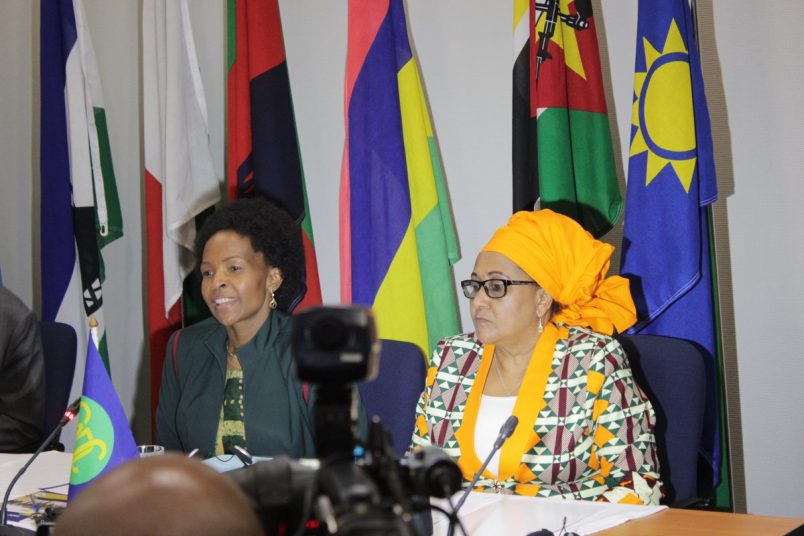 The Southern African Development Community (SADC) held an emergency meeting in Botswana Thursday to focus on the crisis in Zimbabwe, subsequently issuing a statement expressing their concern over “the unconstitutional removal of democratically elected governments.”

Representatives of Angola, South Africa, Tanzania and Zambia met to consider the unfolding situation in Zimbabwe, where the military effort to oust President Robert Mugabe has become the latest member-nation crisis to command the SADC’s attention. They urged Zimbabwe to settle its political conflicts through peaceful means and in keeping with its constitution. Participants also called for an SADC summit to stay focused on the crisis in Zimbabwe.

The meeting was called by President Jacob Zuma of South Africa, the current chairman of the SADC. Zuma also has sent special envoys to Zimbabwe and Angola, and has remained in contact with President Robert Mugabe and the Zimbabwean military. The envoys, Bongani Bongo and Nosiviwe Mapisa-Nqakula of South Africa, said Thursday that their negotiations had thus far ended in deadlock.

So far there’s been no real talk of any military intervention for SADC, as is the case in neighboring Lesotho. A delayed SADC peacekeeping operation is expected to begin there on Monday, and seven members of a planning team – from South Africa, Angola, Namibia, Tanzania, Zambia, Zimbabwe and Malawi – arrived on Wednesday.

The SADC force for Lesotho will now consist of just 250 peacekeepers, down from more than 1,000 initially deemed necessary following the September 5 assassination of Lt. Gen. Khoantle Motšomotšothe, the former commander of Lesotho Defence Force. Namibia announced its approval to send troops to Lesotho in October.