Home>News>Thousands in Zimbabwe call for Mugabe's end ahead of Sunday talks
By AT editor - 19 November 2017 at 3:54 am 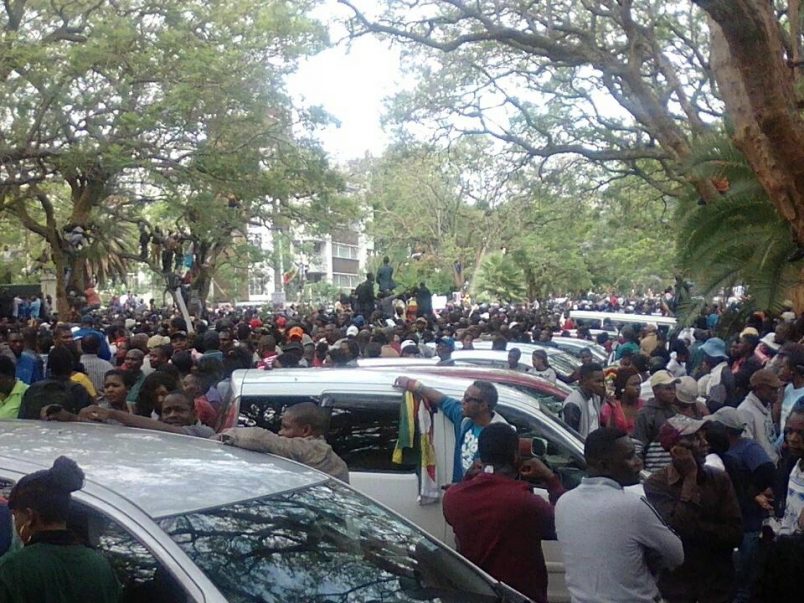 As thousands in Zimbabwe poured peacefully into the streets Saturday calling for the end of President Robert Mugabe’s rule, the government announced Mugabe will meet today with heads of the Zimbabwe Defence Force to negotiate his resignation.

Leaders of the president’s ruling Zanu PF party met on Friday and agreed to demand the resignations of both Mugabe and his wife, Grace. The 10 provincial Zanu PF officials also called for the reinstatement of Vice President Emmerson Mnangagwa, whose November 6 removal by Mugabe for “traits of disloyalty” proved the catalyst for last week’s military takeover.

If Mugabe continues to resist the party’s efforts and refuses to step down, Zanu PF plans to have him fired and impeached on Tuesday, according to a senior party official speaking with Reuters on Friday.

The military action followed a public warning from General Constantino Chiwenga, who warned of military intervention over the removal of Mnangagwa, a move widely interpreted as preparing the way for Mugabe’s wife, Grace, to succeed the 93-year-old president. A number of high-level politicians aligned with Grace Mugabe were detained in the immediate hours of the Zimbabwe takeover, which the military has repeatedly said is not a coup and does not foreshadow a military government. 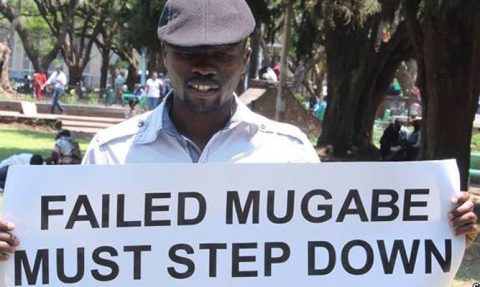 Zimbabwe’s citizens and their activist leaders, some of whom have waited years to see the end of Mugabe’s detested 37-year rule, celebrated in the streets during protests approved by security officials who have for years shut them down. Some, including the brother of still-missing Zimbabwe human rights activist Itai Dzamara, right, reminded fellow citizens of the price paid by those who preceded this moment. “It’s not yet a new Zimbabwe but we will get there,” said Patson Dzamara.

As with others, though, Dzamara warned that the end of Mugabe’s rule did not mean the battle for a self-determined Zimbabwe was over but is perhaps just beginning – and perhaps, that beginning comes today.