Home>News>Mugabe resigns, Mnangagwa swearing-in planned in an emotional Zimbabwe
By AT editor - 21 November 2017 at 6:06 pm 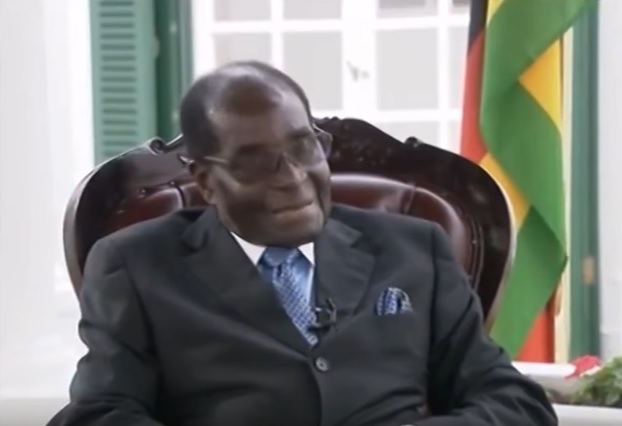 President Robert Mugabe of Zimbabwe has resigned, and the decision to step down will take effect immediately. Officials with the ruling Zanu PF party say Mugabe’s successor, former vice president Emmerson Mnangagwa, will step into the role on Friday in a swearing-in ceremony at the National Sports Stadium.

“The resignation of President Robert Mugabe marked the dawn of a new era for Zimbabwe,” Zanu PF said in a statement. Mugabe’s letter of resignation was read aloud by speaker Jacob Mudenda to a Zimbabwe parliament that erupted in cheers, with a jubilation shared by people in the streets of Harare and beyond. 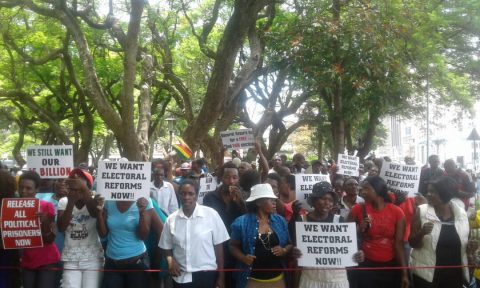 “I am so emotional. I never thought I would see this day,” said Trevor Ncube, the Zimbabwe-born journalist and CEO of news outlets including Mail & Guardian. “Mugabe has resigned in my lifetime. This is a stepping stone towards the Zimbabwe we want. It won’t be easy.”

The much-anticipated news came after a cabinet meeting Mugabe planned for Tuesday never happened, as only a handful of ministers showed up, and it preceded impeachment proceedings scheduled to begin. People lined the streets outside the parliament building to demonstrate in what activist Patson Dzamara said was more than a repudiation of Mugabe’s 37-year tenure and the demand for his departure, but rather a call to wider reforms.

Pastor Evan Mawarire, a Mugabe critic and frequently detained opposition leader who launched Zimbabwe’s #thisflag movement, wept upon hearing the news. “My fellow citizens, Robert Gabriel Mugabe has resigned,” Mawarire said. “The journey has been long and hard but we did it. I can’t stop crying. The future beckons.”

The 93-year-old president was expected to resign on Sunday, but left the nation dismayed following a 20-minute address in which he failed to do so. The leaders of his ruling Zanu PF party said Sunday that Grace Mugabe and her associates had taken advantage of Mugabe’s frailty and advanced years “to usurp his powers and to loot the country’s resources,” said The Herald, a state-owned media.

The Zanu PF statement followed a meeting Friday in which they agreed to demand the resignations of both Mugabes. It was the November 6 removal of Mnangagwa by Mugabe for “traits of disloyalty” that proved the catalyst for last week’s military takeover and the end of his presidency. That action followed a statement from General Constantino Chiwenga, who warned of military intervention over the removal of Mnangagwa, which was widely interpreted as preparing the way for Mugabe’s wife, Grace, to succeed the president.

A number of high-level politicians aligned with Grace Mugabe were detained in the immediate hours of the Zimbabwe takeover, which the military repeatedly said was not a coup and did not foreshadow a military government.

Former Prime Minister Morgan Tsvangirai, an opposition leader who – along with former vice president Joice Mujuru – may have a role in Zimbabwe’s new government, has called for an inclusive transition process to follow the Mugabe resignation, with reforms leading to “a free, fair and credible election.”