Home>News>Kenyatta victory upheld amid new violence, but NASA refuses decision
By AT editor - 21 November 2017 at 3:17 am 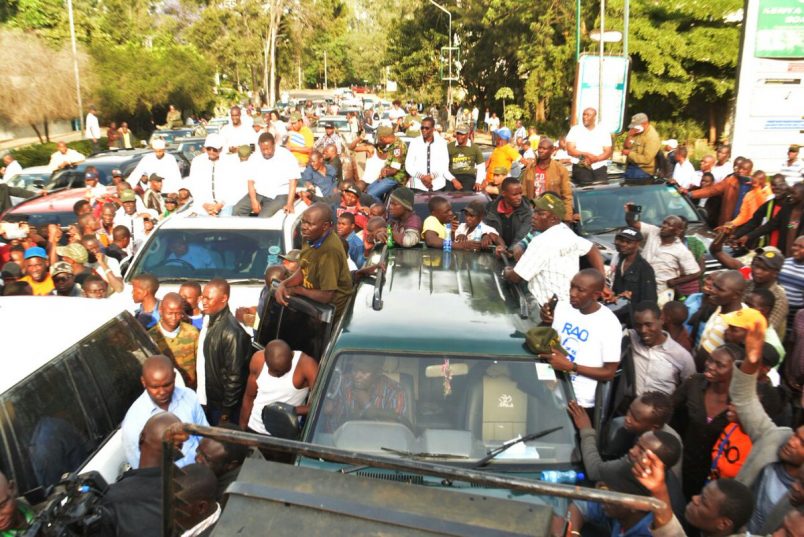 Kenya’s NASA coalition said Monday that it rejects a Supreme Court ruling to uphold the results of the October 26 repeat election that gave incumbent President Uhuru Kenyatta the victory.

The court ruling paves the way for Kenyatta’s inauguration on November 28, but the political opposition said it considers the court decision illegal and may plan to swear in NASA candidate Raila Odinga as the rightful president of Kenya on the same day. NASA said it sympathizes with the court and believes the decision was “taken under duress,” the statement said.

NASA boycotted the October vote, which followed its successful challenge of Kenyatta’s August 8 win and the subsequent annulment of that decision in an electoral process that has divided the country and led to ongoing violence.

Any move by NASA to claim Odinga as the rightful winner is likely to sharpen those divisions and lead to more clashes. NASA has asked its supporters to remain calm, but riots broke out in the NASA stronghold of Kisumu and other communities after Monday’s decision was announced, with at least one fatality in Migori, The Star reported.

Five people died in Nairobi last week during clashes with police in which unarmed civilians were reportedly shot, adding to the dozens of casualties since late July. However, NASA claimed that 18 people were killed by police in a statement, also issued Monday, that condemned the violence incidents.

“Among them was the attack on Mr Odinga’s car with a hail of bullets and multiple blasts of teargas canisters, an utterly reckless and potentially catastrophic action, averted only because he was travelling in a bulletproof car,” NASA said, referring to an incident as throngs gathered upon Odinga’s return from Washington.

“More killings occurred the next two days,” the party added, appealing to the international community for their support.

Odinga himself is in Zanzibar for meetings, having left the country because of the unrest, a spokesman said.