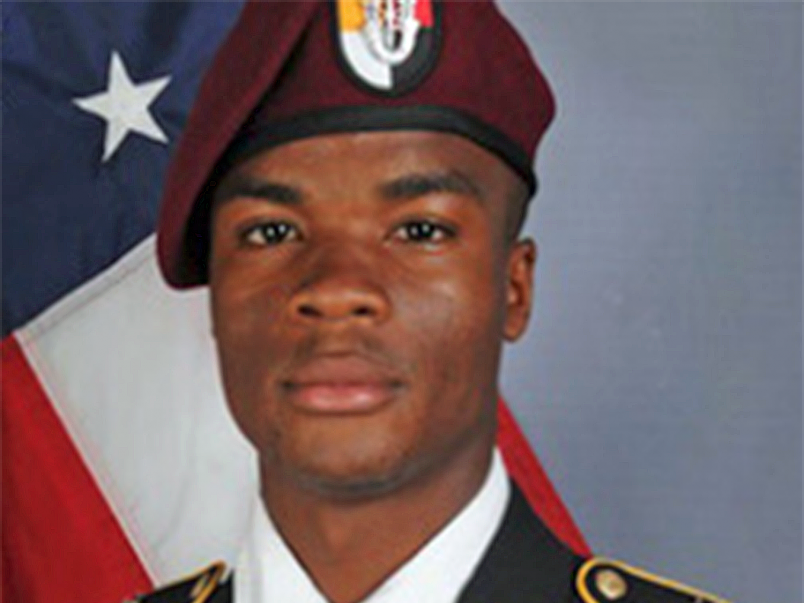 The United States said Tuesday that human remains found in Niger have been identified as those of Sgt. La David Johnson, one of four American soldiers who died near Tongo Tongo in October.

“On Nov. 12, 2017, a joint U.S Africa Command military investigation team discovered additional human remains at the site where Sgt. La David T. Johnson’s body was recovered following the Oct. 4 attack,” the U.S. Department of Defense said in a statement. “Today, we can confirm that the Armed Forces Medical Examiner has positively identified these remains as those of Sgt. Johnson.”

The U.S. says the department continues to conduct an investigation into the deaths of Johnson, as well as Staff Sgts. Bryan C. Black, Jeremiah W. Johnson and Dustin M. Wright. “We extend our deepest condolences to all of the families of the fallen,” the statement adds.

The announcement appeared to confirm the questions raised by Johnson’s wife, Myeshia, about the soldier’s death. She wondered why it took two days to find La David’s body, and why she was forced to have a closed casket ceremony without ever really being told what happened to him. “They won’t show me a finger, a hand. I know my husband’s body from head to toe,” Myeshia Johnson said in an October interview. “I don’t know what’s in that box, it could be empty for all I know.”

Johnson said she didn’t know how he got killed or where he got killed, and vowed to push for answers. Marine Corps Gen. Joe Dunford Jr., chairman of the Joint Chiefs of Staff, assured the soldiers’ families that they’d get those answers, particularly after a well-publicized phone call from President Donald Trump left Johnson’s widow feeling disregarded.