Home>News>Ethiopia's ancient stone churches continue for a modern era
By Laureen Fagan - 23 November 2017 at 3:52 am 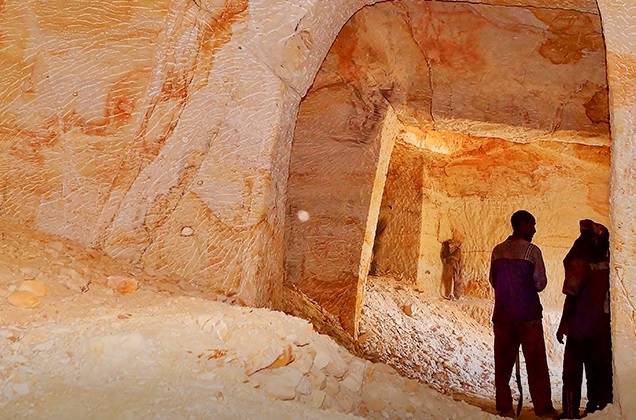 Ethiopia is known for hundreds of churches cut out of rock, some of them dating to the 12th century as with the Biete Ghiorgis in Lalibela. What many people don’t know is that the tradition continues, and there are at least 200 modern churches cut from stone too.

It’s a topic studied by Michael Gervers, a Canadian professor of historical and cultural studies at the University of Toronto. Since 2015, Gervers has made three research trips to Ethiopia to study the churches, and was recently awarded the Grand Cross of the Order of the Star of Ethiopia for his work.

Lalibela is celebrated as a UNESCO world heritage site, but even experts in Ethiopian culture didn’t seem to know that the centuries-old tradition was still taking place in remote areas of the country.

“Scholars and government officials didn’t seem to know it was happening. Even some church officials seemed surprised it was taking place,” Gervers said. Since most of the churches are in rural areas, the only way to find more is to visit the villages and speak with craftsmen who create them and know other people who do.

It takes a master stone craftsman about five years to make an average church that is 15 square meters and four meters high. The stoneworkers are trained as young men on the hewing techniques, with knowledge passed down orally and traditional hammer-and-chisel tools often still used, although that world is fast changing.

“Most of the time you come across a priest, a monk, or even a hermit who has decided that God has called him to carve a church,” he said, and that’s consistent with the videotaped stories they tell him.

Documenting and digitally preserving the work helps to expose the richness of Ethiopia’s culture and traditions to the world, Gervers said. Some of the images and interviews are available in and online database here.