Home>Health>Discovery of malaria in African bonobos may shed light on human infections
By AT editor - 24 November 2017 at 5:28 am 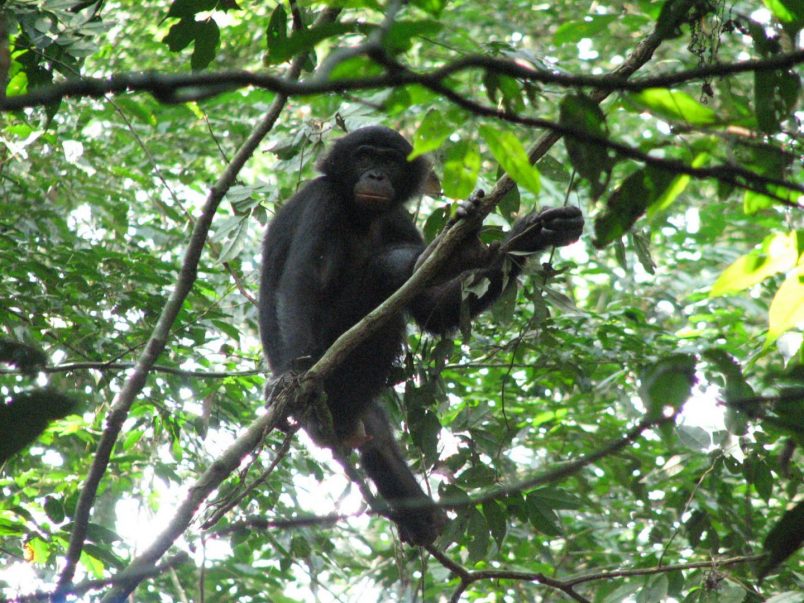 Researchers studying African bonobo populations in the Congo Basin say they’ve discovered a new malaria parasite that’s specific to their geography and species – with potential implications for human health, because the newly discovered Plasmodium lomamiensis is closely related to a parasite known to cause malaria infections in people.

Dr. Beatrice Hahn of the Perelman School of Medicine at the University of Pennsylvania says it “just didn’t make sense” that there was no evidence of malaria in wild bonobos, since it exists in captive bonobos as well as African chimpanzees and gorillas. So Hahn’s research team took more than 1,500 bonobo fecal samples from 11 sites in rain forests in the Democratic Republic of Congo to conduct tests.

They found high levels of P lomamiensis in samples taken from the remote area of Tshuapa-Lomami-Lualaba in the eastern part of the country, as well as the related P gaboni formerly known only in chimpanzees. The research, published this week in Nature Communications, stressed that the finding appears to be isolated and reasons for why the new malaria parasite is limited to these bonobos remains a mystery.

One possibility is that there is a protective mutation in bonobos that has not spread east of the Lomami River, or that bonobos there carry other infections that suppress the malaria parasite, the authors said.

Solving the mystery of what’s happening with bonobos may provide insight into how human populations may be protected. Hahn and the co-authors advocate for wider testing of bonobos and other primate species in Africa to help predict how different malaria parasites could infect people. It’s a line of thinking in which Hahn has notable expertise, as it was her lab and scientific team that in 2010 discovered that gorillas were the origin of P falciparum, the most prevalent and lethal of the malaria parasites to infect people. Hahn and her colleagues also confirmed in 2006 that the virus responsible for AIDS in humans was of chimpanzee origin.