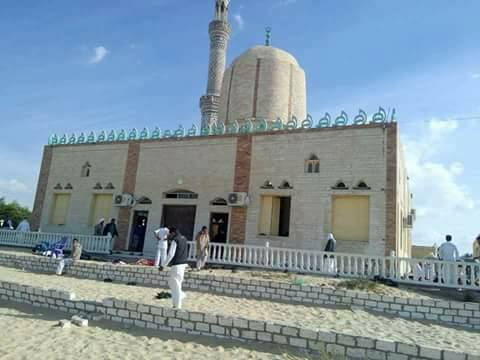 At least 305 people have died in an attack on a mosque in Bir al-Abd, a village in the northern Sinai west of Arish. Another 128 people were believed injured, although the death toll continues to mount.

The mosque attack came during Friday prayers at El Arish Al Rawda Mosque, according to local media reports. Witnesses say the attackers, dressed in military uniforms, detonated an improved explosive device (IED) and then opened fire as people began fleeing the mosque. At least 50 ambulances were on scene to help the victims, but the attackers also fired on the emergency medical units and engaged in a gun battle with responding police and security personnel.

President Abdel Fattah Al-Sisi declared a three-day period of mourning and was meeting with security officials to be briefed on the attack. Sisi also declared a state of emergency in the Sinai region, while the border crossing at Gaza has been closed for security reasons. Egyptian public prosecutor Nabil Sadeq has ordered an investigation.

The international community was quick to condemn the attack.

It was the latest in a series of attacks in or near Al Arish, the capital of the Sinai region. Militants aligned with Islamic State claimed responsibility for a September attack that left at least 18 police officers dead; it was followed by an ambush on security forces in October in which at least 16 dead, according to Egyptian officials.