Home>News>Kenyatta inauguration set as defiant opposition calls Kenyans to boycott
By AT editor - 28 November 2017 at 6:52 am 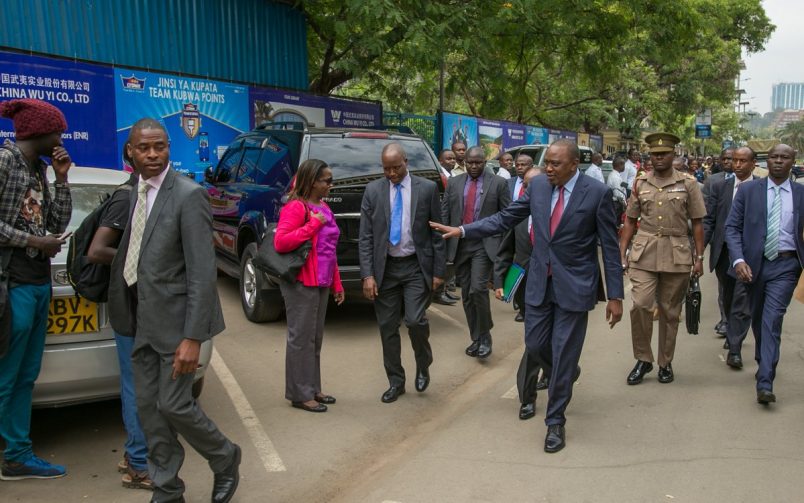 President Uhuru Kenyatta will be inaugurated for another term on Tuesday following an arduous election process, one that has political opponents refusing to honor his presidency and a wider Kenya deeply divided.

Kenyatta’s ceremony begins at 10 a.m. at Safaricom Stadium in the Kasarani district of Nairobi. Guests include President Paul Kagame of Rwanda and President Yoweri Museveni of Uganda, while Israeli President Benjamin Netanyahu also is expected for the ceremony.

Kenyatta was re-elected in a second election in October after the initial results of August 8 were set aside by the country’s Supreme Court. That decision followed a successful legal case initiated by opposition candidate Raila Odinga and the Nasa coalition, who challenged the legitimacy of the original election.

Odinga and his supporters boycotted the second election and have refused to concede victory to Kenyatta. Odinga and Nasa subsequently launched the National Resistance Movement and seek to register it as a political party in Kenya. On Saturday, the opposition again withheld acceptance of Kenyatta’s presidential victory.

“(We) urge Kenyans to ignore the despotic coronation of Uhuru Kenyatta … and instead join us in person at Jacaranda Grounds Nairobi, or in spirit,” the group said, “to mourn the lives of our dearly departed men, women and children who have paid the highest price for exercising their basic constitutionally guaranteed right of political dissent through peaceful protest.”

Raila Odinga and Kalonzo Musyoka are “the legitimate President and Deputy President of the Republic of Kenya” recognized by the group, it said in its statement.