Home>News>Macron, headed to AU-EU summit, begins Africa trip in Ouagadougou
By AT editor - 28 November 2017 at 6:03 am 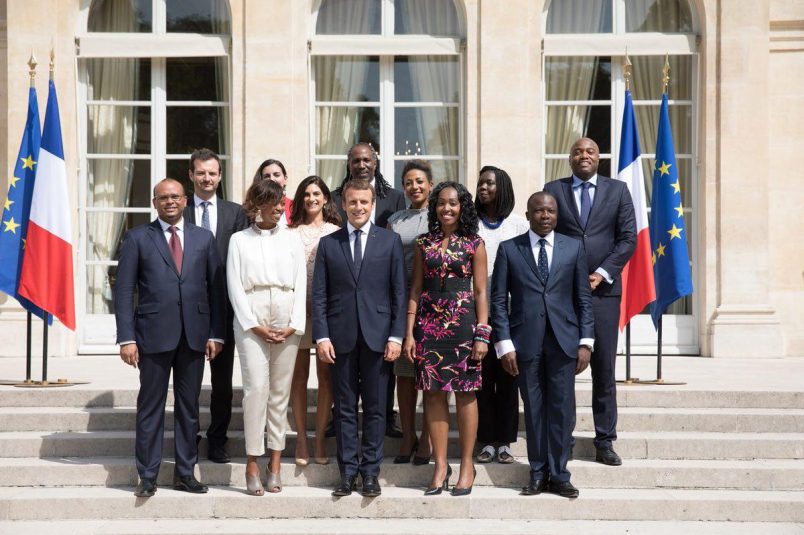 President Emmanuel Macron of France begins his three-day visit to Africa Tuesday with a stop in Burkina Faso, before heading on to an African Union-European Union summit in Côte d’Ivoire and a visit in Ghana.

Macron plans to make African youth a priority, beginning at the University of Ouagadougou where he will address some 800 students. Analysts say it’s a strong sign that the French president is basing a new approach to African diplomacy that acknowledges the continent’s youthful future and the initiatives needed to secure it.

In August, Macron promised he was creating a Presidential Council for Africa, made up of business and civil society experts prepared to advise him on strategies and policy for the continent. Just before leaving, Macron showed off his team, seen in this image, and the time they’ve spent working on Africa. That team is traveling with him this week, the president said.

Yet developments since August, notably the Libyan slavery issue, and the ongoing conflict in the Sahel, promise to be at the forefront of the agenda in Abidjan and cast a shadow on what Macron may hope to achieve.

This is at least the third trip to African nations that Macron has made since taking office in May. He traveled to Mali immediately after he was elected, keeping a promise to visit French troops serving in Operation Barkhane. He returned to Bamako in July for a summit with G5 leaders in the Sahel and the launch of their security operation.

Macron also has hosted the leaders of Libya and Egypt, among others, since May. Previously, Macron visited Algeria while campaigning for office, and as France’s economic minister frequently met with leaders of Côte d’Ivoire, Senegal, South Africa and elsewhere.