Home>Finance & Economics>Morocco hosts 400 leaders at China Africa Investment Forum
By AT editor - 28 November 2017 at 5:12 am 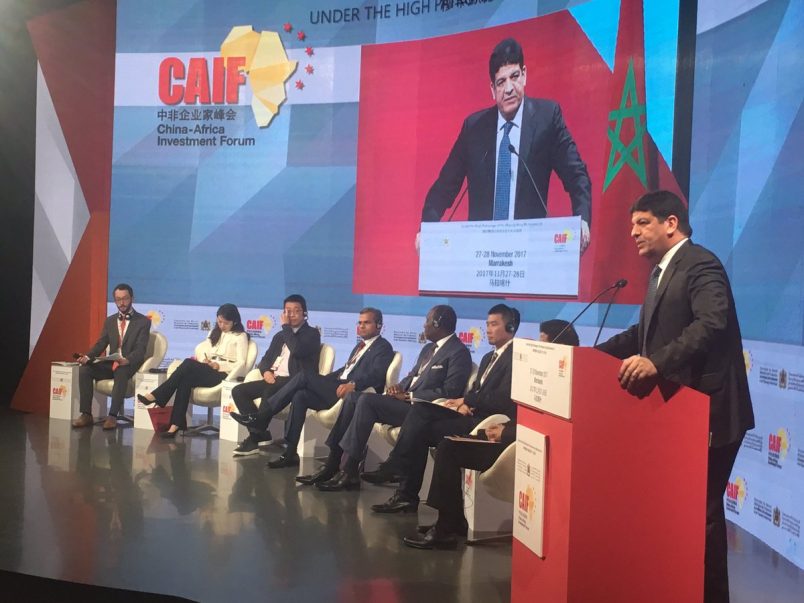 Hundreds of African government and business leaders are joining their Chinese counterparts in Morocco as the country hosts the China Africa Investment Forum. They were welcomed by Moulay Hafid Elalamy, Morocco’s trade minister, with a number of high-level leaders on hand for panel discussions.

Monday’s CAIF sessions focused on China’s “One Belt One Road” initiative with an emphasis on African development and industrial growth.

The two-day conference continues Tuesday with a session on China’s partnership in developing infrastructure on the continent, the need for which costs Africa about 2 percent in economic growth each year according to World Bank numbers. There also are sessions focused on the health sector and renewable energy.

Chinese investment accounts for about half of all new energy capacities in sub-Saharan Africa, according to International Energy Agency figures cited by the organizers. The CAIF is coordinated by the Moroccan government, Jeune Afrique media organization and the Chinese firm BOAO Business Consulting.

One intriguing session on tap for Tuesday focuses on cooperation between Europe, China and Africa.

“Partnerships between Europe, China and Africa aim to place the African continent’s economic growth in a multilateral frame, and pool all partners’ forces,” the organizers said. “The creation of a France-China fund to finance Franco-Chinese projects is in line with this ambition.”

With a jointly managed endowment of €300 million that could increase to €2 billion, the model will be explored for its advantages and potential to expand. It’s especially interesting given the EU-China alignment on climate.