Home>African Future>Zimbabwe: After acquittal, Mawarire appeals to Mnangagwa for prisoner amnesty
By AT editor - 29 November 2017 at 6:46 pm 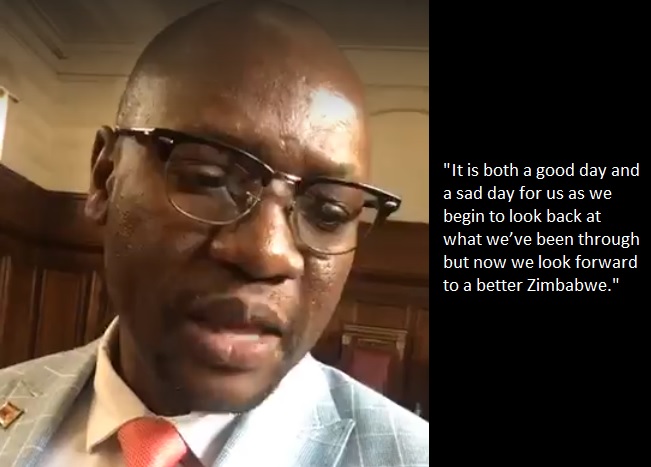 The news that Zimbabwean pastor Evan Mawarire was acquitted Wednesday on subversion charges was met with joy from supporters of his #thisflag movement – but not entirely from Mawarire himself.

The democracy and good governance activist, arrested under former president Robert Mugabe at least three times this year alone, was relieved but focused on what he sees as a bittersweet victory for Zimbabwe.

“It is both a good day and a sad day for us as we begin to look back at what we’ve been through but now we look forward to a better Zimbabwe,” Mawarire said. His arrest, and that of others who were in prison or repressed under Mugabe, should never happen in a nation that belongs to its citizens, he added.

Mawarire called for amnesty for all political prisoners who remain imprisoned and face charges solely for exercising their constitutional right to challenge the government.

“My prayer is that the oppression will stop,” he said in a statement from the courtroom following his acquittal. He then addressed President Emmerson Mnangagwa, a former ally of Mugabe whose Zanu PF party remains in control of the government Mugabe led for 37 years – and whose power to effectively chart a new course for the politically and economically fragile nation remains in question.

“I want to take this opportunity to urge the new president of our country,” Mawarire said, directly appealing to Mnangagwa to be different from his predecessor and, if in fact this will be a new Zimbabwe, to handle its citizens with the “due care and attention they deserve.”

Should Mnangagwa fail to lead based on democratic principles, the nation will rise up again, he warned.

Mahamadou Issoufou, the outgoing president of Niger, is the recipient of the 2020 Ibrahim Prize for…