Home>News>Delayed SADC peacekeeper mission in Lesotho to begin Saturday
By AT editor - 30 November 2017 at 11:30 pm 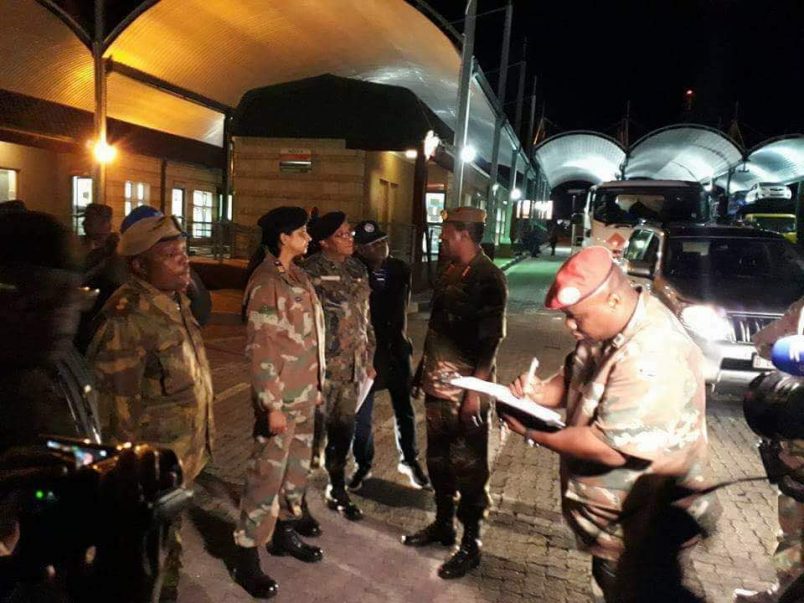 A delayed peacekeeping operation in Lesotho is set for an official deployment launch on Saturday, according to the Southern African Development Community.

The SADC said forces from neighboring countries continued to arrive head of the deadline, which was originally set for November 1 but changes to the mission, including the number of troops, meant a postponement.

The SADC force for Lesotho will now consist of just 260 peacekeepers, down from more than 1,000 initially deemed necessary following the September assassination of Lt. Gen. Khoantle Motšomotšothe, the former commander of Lesotho Defence Force (LDF).

Namibia announced its approval to send troops to Lesotho in October, while Zambia has committed personnel as well. The remaining peacekeepers originally were to come from SADC member states including Angola, South Africa and Swaziland; there are currently 16 member nations, including the recently admitted island nation of Comoros.

The deployment comes as a new SADC report warns of the potential for conflict with “rogue” LDF soldiers, and details missing arms and ammunition that may be in their possession.

The creation of the peacekeeping force was approved by the SADC in September after a fact-finding team identified “a volatile security situation” and an “urgent need to assist the Kingdom of Lesotho in restoring law and order” after Motšomotšothe died.

He was shot following a struggle with two rival officers who were killed by security forces during the attack. The same officers, Tefo Hashatsi and Bulane Sechele, were implicated in the 2015 death of previous military chief Maaparankoe Mahao, who was closely aligned with then-and-current Prime Minister Tom Thabane.

The death of Motšomotšothe left the historically troubled Lesotho more tense, as did a murder charge filed in October against another former LDF commander, Tlali Kamoli. The charge stems from the August 2014 death of a Lesotho police commander during Thabane’s first government. Kamoli was denied bail during a hearing earlier this week.

Thabani faced a November deadline for implementing and reporting SADC-mandated reform goals, but achieving those goals developed in 2015 will again be delayed.