Home>News>UNSC, Arab League plan emergency meetings over Trump Jerusalem decision
By AT editor - 7 December 2017 at 4:17 am 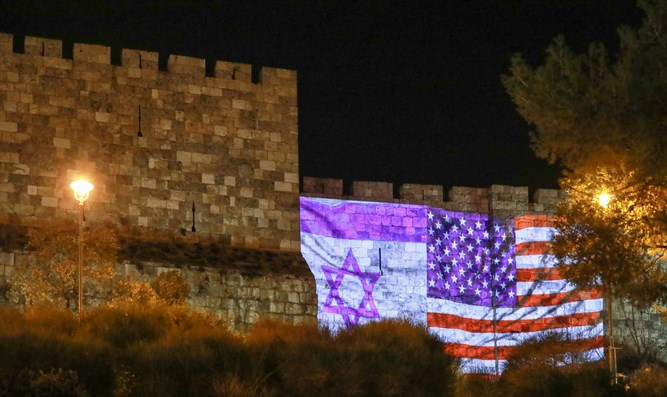 Egypt and Senegal are among at least eight members of the United Nations Security Council calling immediately for an emergency meeting, following Wednesday’s announcement by President Donald Trump that the U.S. will recognize Jerusalem as the capital of Israel and plan to move its embassy.

The UNSC members’ response came as UN Secretary General António Guterres warned that there was no alternative to a two-state solution in the Middle East, and that the status of Jerusalem was an issue to be resolved by direct negotiations between the parties.

“I understand the deep attachment that Jerusalem holds in the hearts of so many people. It has been so for centuries and it will always be,” Guterres said in a statement. “In this moment of great anxiety, I want to make it clear: there is no alternative to the two-state solution. There is no Plan B.”

In Jerusalem, Mayor Nir Barkat welcomed Trump’s decision and ordered the Old City walls lit up with the colors of the American and Israeli flags “as a gesture and expression of the courageous friendship between the American people and the people of Israel.”

Yet elsewhere, Trump’s anticipated announcement on Jerusalem – an unresolved issue at the heart of the conflict between Israelis and Palestinians for decades – was met with wide criticism including that of China, the European Union, and U.S. allies Britain and France. The latter’s UN delegations joined in the request for the Security Council emergency meeting to be held as early as Friday.

“The status of Jerusalem is a complicated and sensitive issue,” said Geng Shuang, a spokesman for China’s ministry of foreign affairs. “China firmly supports and advances the Middle East peace process. We support the just cause of the Palestinian people to restore their legitimate national rights and stand behind Palestine in building an independent, full sovereignty state along the 1967 borders with East Jerusalem as its capital.”

Across Africa, beyond the two nations completing their Security Council term (Cote d’Ivoire and Equatorial Guinea will replace Egypt and Senegal, to serve alongside Ethiopia in the coming year) Trump’s announcement was met with mixed reviews. Ghana and Tanzania said they accepted the decision while Morocco was quick to oppose it. South Africa has expressed its concern and the African National Congress plans to discuss its response.

The League of Arab States, with 10 member nations on the African continent, plans an emergency meeting on Saturday. In addition to Egypt and Morocco, they include Algeria, Tunisia, Djibouti, Sudan, Somalia and Comoros, as well as Libya and Mauritania.