Home>News>ICC's Bensouda calls on UN Security Council to act on Bashir impunity
By AT editor - 13 December 2017 at 4:44 am 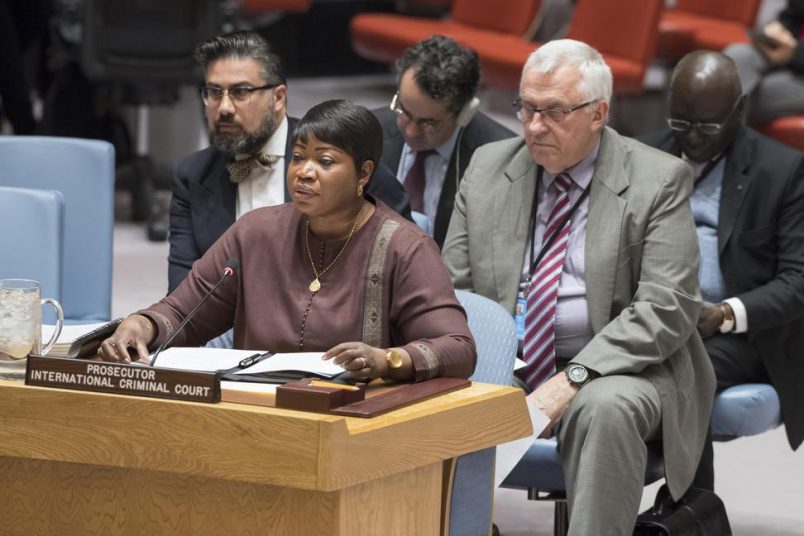 The chief prosecutor at the International Criminal Court appealed Tuesday for action from the United Nations Security Council on the outstanding warrants for Sudanese President Omar Al Bashir.

Bashir is wanted under warrants issued by the court in 2009 and 2010, relating to alleged war crimes and crimes against humanity at Darfur.

“The work of the ICC is essential to fighting impunity for the world’s most serious and destabilizing crimes, and ensuring accountability in Darfur,” said Bensouda, a lawyer from The Gambia. “To this end, I respectfully submit that the Court ought to be actively supported by this Council and the international community as a whole.”

The scale of the violence in Darfur has decreased since an investigation into Bashir was launched in 2005 but Bensouda said the ICC still receives reports of “unlawful killing of civilians, as well as of the continuing forced displacement of some 40,000 people due to the conflict.”

She detailed recent cases of Bashir’s travels to nations that are party to the Rome Statute establishing the ICC, but where leaders fail to arrest and hold him. In December, Bashir traveled to Chad despite two prior referrals to the Security Council from the ICC in 2011 and 2013, Bensouda said.

In November, Bashir visited Uganda, where President Yoweri Museveni rolled out a red-carpet welcome for his Sudanese counterpart despite the fact that a decision on sanctions against Uganda remains pending before the Security Council because of a prior Bashir visit.

He also has traveled to Russia and South Africa without consequence to ICC-participating states. The court based in The Hague announced Monday that Jordan failed to comply with its obligation to arrest Bashir when he visited there in March.