Home>News>Islamic states condemn U.S. on Jerusalem, call for economic consequences
By AT editor - 13 December 2017 at 9:20 pm 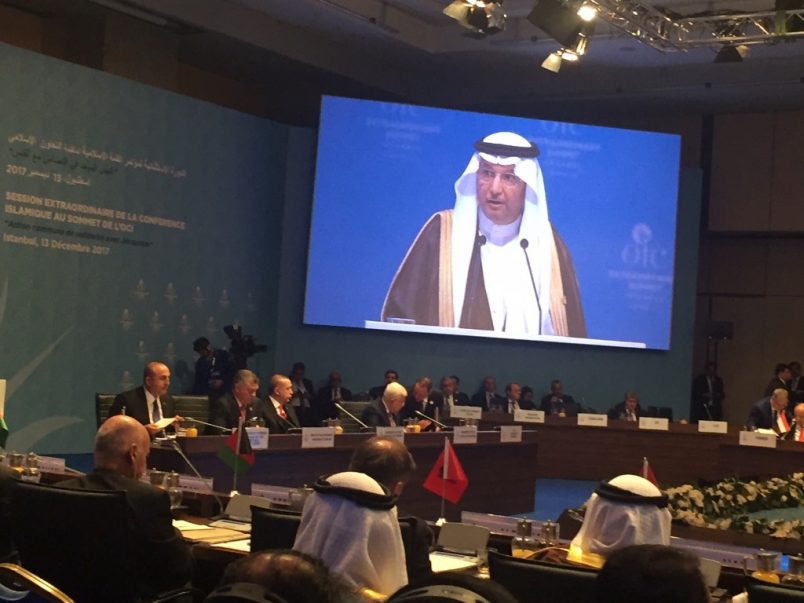 The Organization of Islamic Cooperation (OIC), a body that counts half of all African nations among its members, condemned the United States decision to recognize Jerusalem as the capital of Israel following a summit held in Istanbul on Wednesday.

Heads of state and high-level government officials at the Extraordinary Islamic Summit also called for “political and economic restrictions” against any states, parliaments, companies or people who support Israel’s action affecting Jerusalem or “engaging in any form with measures aimed at perpetuating Israeli colonization of the occupied Palestinian territories.”

Among the officials in attendance were the presidents of Sudan, Guinea, Comoros and Somalia, as well as Libya’s Fayez al-Sarraj, the head of the Presidency Council of the United Nations-backed Government of National Accord. Djibouti Prime Minister Abdoulkader Kamil Mohamed also attended, as did Egyptian Foreign Minister Sameh Shoukry.

“Egypt does not accept that dealing with Jerusalem is outside the scope of international legitimacy, and the Egyptian people will not tolerate any violation of the rights of the Palestinian people,” Shoukry said.