Home>African Future>Bill Gates, partners announce $635 million in African agriculture investment
By AT editor - 14 December 2017 at 2:24 am 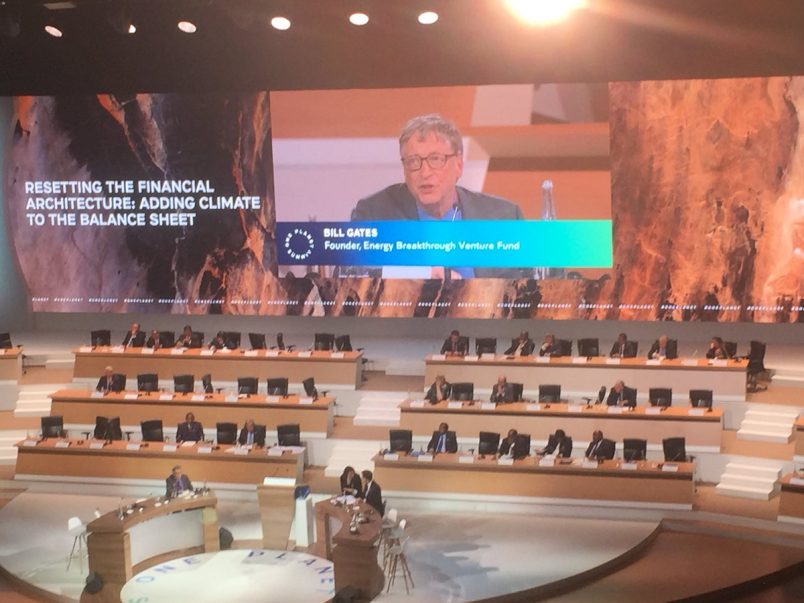 Bill Gates announced the initiative at this week’s One Planet Summit in Paris, as one of several key investment partnerships in agriculture; the European Commission also has pledged $318 million, along with individual national contributions not yet determined. It’s geared toward crop improvement, protection and management in a world of rising temperatures, extreme weather, pests and poor soil quality.

“Agriculture is the most promising path out of poverty for individuals and countries,” Gates said. “The disproportionate impact of climate change on the world’s poorest people means that there is a more urgent need than ever to help the poorest farmers improve their productivity in the increasingly tough conditions that they continue to face.”

Scientists already are producing drought-tolerant rice and maize and heat-tolerant beans, the foundation said, and developing new ways to detect and control diseases that can destroy cassava and  other crops needed to feed 800 million people in West and Central Africa. They’re also developing crops that use less water and fertilizer.

A separate Gates initiative will help to fund more than $17 million in One Planet Fellowships for 600 young African and European researchers who are working to help African farmers adapt to climate change. That five-year program is supported by the BNP Paribas and the Agropolis foundations based in France.