Home>News>ECOWAS summit begins in Abuja without Morocco's King Mohammed VI
By AT editor - 16 December 2017 at 7:41 am 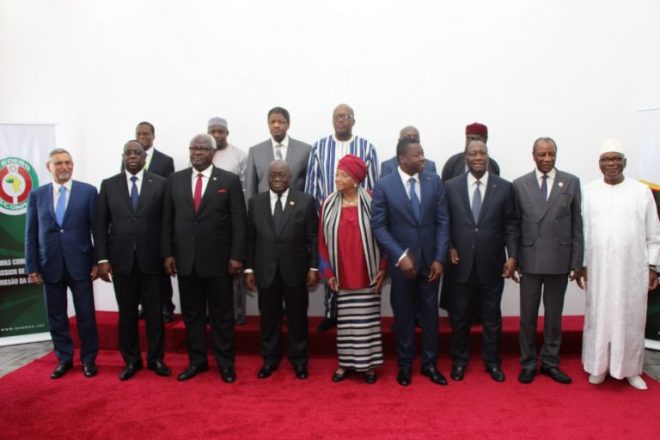 West African heads of state begin their meeting in Abuja, Nigeria, on Saturday, with a range of issues on the agenda for the summit of the Economic Community of West African States (ECOWAS).

What won’t be on the agenda as planned is a discussion of Morocco’s accession to the body, which was tabled at the last minute. That decision has now been pushed into 2018, with the official reason – despite the speculation over the Western Sahara question – that although ECOWAS agreed in June to Morocco’s bid, a required report didn’t come in time for member states to review before the December meeting.

King Mohammed VI will not attend, although Moroccan diplomats will represent the nation in Abuja.

The meeting moves ahead on other issues including the political and security situation in Guinea-Bissau, the observer status of Tunisia and an association agreement with Mauritania. Mauritanian President Mohamed Ould Abdel Aziz and his Tunisian counterpart Beji Caid Essebsi are special guests at the meeting.

Nigerian President Muhammadu Buhari will deliver a welcome address at the opening ceremony of the meeting. His remarks will be followed by statements from ECOWAS Commission President Marcel de Souza and Dr. Mohamed Ibn Chambas, the Special Representative of the UN Secretary-General for West Africa. ECOWAS Chairman and President of Togo Faure Gnassingbé, as well as Chairman of the African Union Commission, Moussa Faki Mahamat, also are expected to speak.