Home>LEADERS & COMPANIES>Namibian company offers USD$75,000 reward in racist email investigation
By AT editor - 17 December 2017 at 12:05 am 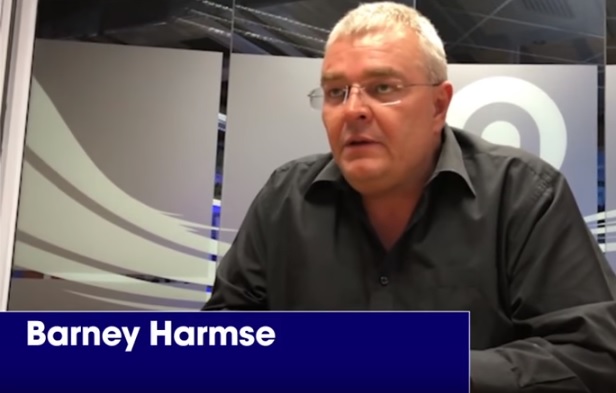 A telecommunications company in Namibia is mounting an aggressive campaign after a leaked email, allegedly from one employee to another, reflected racist attitudes at the firm.

Barney Harmse, the CEO of the Paratus Group, held a press conference in Windhoek to explain the company’s role in Namibia and deny that the email was sent from within the company at all.

The email appears to originate with Rigardo Kuhn, a senior technician at Canocopy, which is wholly owned by Paratus Namibia, and was allegedly written in Afrikaans to Werner Lassen, a colleague at the firm. The content’s emphasis on race and nationalism touched off a storm of local media reports, including a copy of the image shared by the Namibian Sun, and public controversy that Harmse hoped to calm. Kuhn never sent the email, the CEO said. 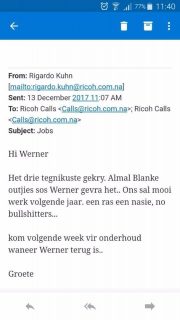 “The matter is still under investigation, but I have to point that it is very easy for someone to send an e-mail on behalf of someone else. Impersonating that person for whatever reason, even in an e-mail, is technically not difficult,” Harmse said in a statement that accompanied a video. “The results of our technical investigation prove beyond a doubt that this email came from a server in United States.”

Harmse said the logical next question is to ask who would want to harm the individuals or firm, if the email was not sent by a Canocopy employee or someone inside the firm. “The only idea or thought that comes to my mind is whether there is someone else that would benefit from the reputational damage that Canocopy and Paratus may experience as a result of such an action.”

Paratus is offering a USD$75,000 reward for information that leads to the successful prosecution and conviction of the individual(s) responsible, Harmse said.