Home>News>Khama kicks off Botswana farewell tour as he prepares to step down
By AT editor - 17 December 2017 at 3:37 am 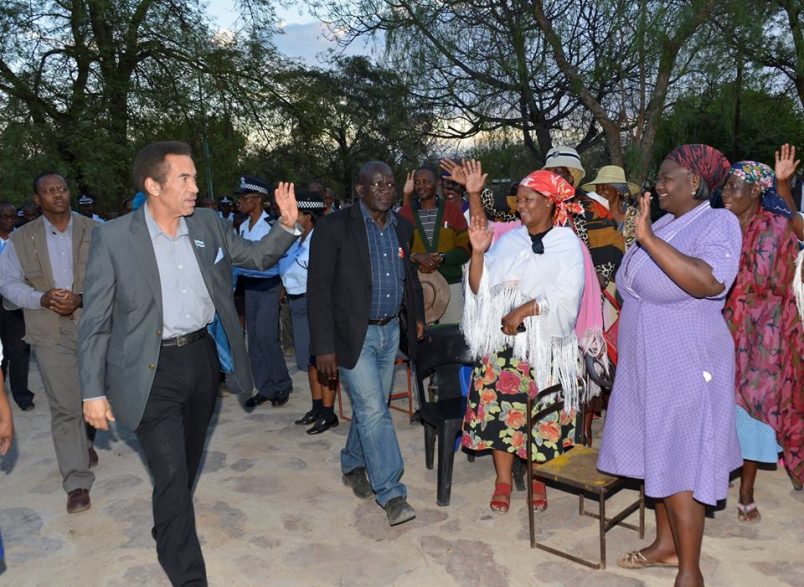 President of Botswana Ian Khama is preparing to leave office after 10 years, and he’s launched a farewell tour in which he plans to visit communities in all 57 of the nation’s constituencies.

Khama began his tour this week in Moshupa-Manyana, and on Saturday planned to visit Tsabong. He has three more villages on the list for December and will continue the visits into the new year before leaving office at the end of March. Vice President Mokgweetsi Masisi will take over on April 1.

In Botswana, the vice president assumes national leadership during a transitional term ahead of elections, which are scheduled for 2019. The long time window allows for Khama to connect with citizens across the country, beginning with Masisi’s home community and MP district.

Khama said he has confidence in Masisi’s capacity to lead and was quick to praise his skills. “After these years working with him I have never regretted appointing him vice president and the next president of this country,” Khama said, urging the country to support Masisi when he takes the helm.

“It does not mean I will stop serving Botswana. I started serving Botswana in the police service, then I served in the army, as well as Cabinet, and as Vice President and President,” Khama told the crowd at his first event. He hopes in retirement to support the arts, stay engaged with sports and advance the country’s Vision 2036 agenda.

He’ll also remain as Chancellor of Botswana University of Agriculture and Natural Resources, and assist with Ngwato tribal leadership, the government said in a press release.