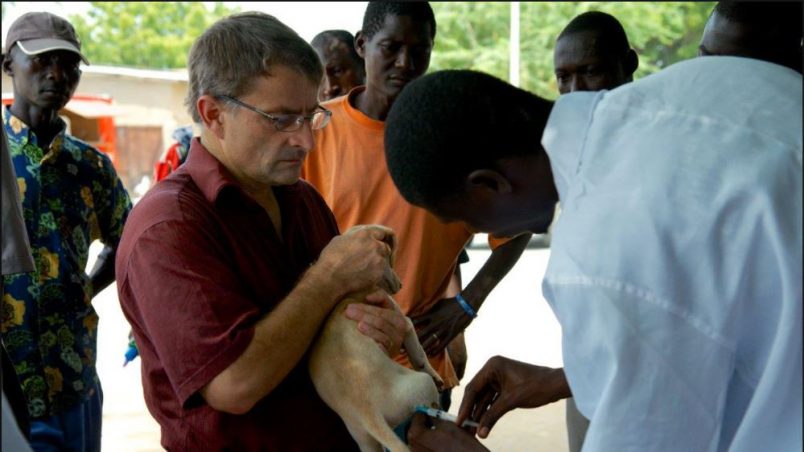 About 160 people die of rabies infection each day, according to 2015 data – almost all of them from dog bites, and almost all of them children in Africa and Asia. The United Nations considers rabies a neglected tropical disease, and its eradication is a health priority of the UN 2030 Sustainable Development Goals.

Strategies to achieve that goal often focus on dog vaccinations, and authors of a new study from Switzerland say they’ve demonstrated that it’s a feasible strategy and an attainable goal. Principal author Jakob Zinsstag of Swiss Tropical and Public Health Institute and his research team published the results of the study based in Chad in the journal Science Translational Medicine on Wednesday.

Working in collaboration with African and European scientists, the Swiss team focused on the city of N’Djamena where a population of 1.1 million people lives with an estimated 30,000 dogs. Across 2012 and 2013, the researchers vaccinated nearly 70 percent of those dogs, which is considered the transmission interruption threshold. 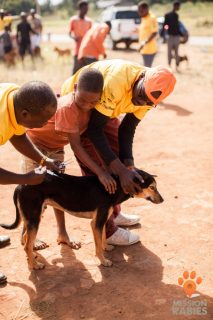 “We mobilized the neighborhood chiefs and they in turn mobilized the people and their dogs,” Zinsstag said. Then they monitored transmission data over time, discovering that cases were interrupted for about nine months before some did emerge, likely from dogs moving into the previously covered area.

“Our analysis showed that the effective reproductive number, that is, the number of new dogs infected by a rabid dog, fell to below one through November 2014,” the authors said. “The modeled incidence of human rabies exposure fell to less than one person per million people per year.”

Public education, political will and funding for vaccines remain the keys, the authors conclude.

A 2015 effort supported by World Health Organization in Malawi relied on a similar mass vaccination approach, achieving 79.5 percent coverage in the city of Blantyre where child mortality rates from dog-related rabies are among the highest in Africa. Annual vaccination campaigns will continue there through 2018.

To learn more about the Mission Rabies Malawi program, see this link. For general information about rabies from the World Health Organization, check here.