Home>News>Mozambique university opens new archaeology museum
By AT editor - 22 December 2017 at 1:45 am 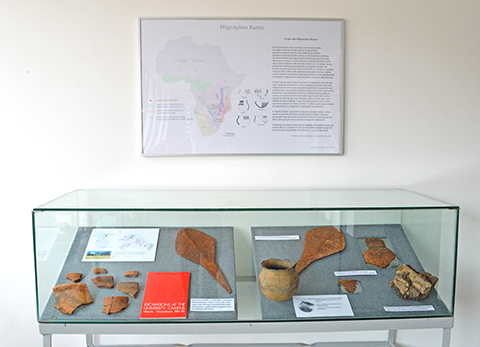 In Mozambique, the Universidade Eduardo Mondlane has celebrated the opening of its new Museum of Archaeology – the first to span the southeastern African nation’s history from the lower stone age to modern societies.

The museum in Maputo, affiliated with the Faculty of Arts and Social Sciences (FLCS) and managed by the Department of Archeology and Anthropology, is meant to serve as a cultural hub beyond the incalculable value of the archeological exhibits themselves. There’s space for academic lectures, galleries for sculpture, painting and photography exhibits, and settings for book launches and selected classes.

Dr. Cláudio Mongoi, the FLCS director, envisions a space devoted to inspiration and wisdom as multiple academic disciplines – in languages and literature, political science, history or anthropology – intersect in their missions. “A place where the different humanities and social sciences know each other,” he said during Tuesday’s inauguration. “A place that breathes and overflows peace, harmony and cohesion.”

Dr. Orlando Quilambo, rector at the university, said he hopes that archeological research conducted at Universidade Eduardo Mondlane in conjunction with the museum will advance cooperation with scientists in the international community. He noted the role of the Swedish Agency for Research Cooperation with Developing Countries (SAREC) as a partner in Mozambique’s training and research.

“We hope that the Museum of Archeology, from now on, will be a place of choice in terms of cultural tourism, academic tourism and leisure for anyone who visits our country, our city and our university,” Mongoi said.

The university, Mozambique’s oldest, is named for an icon of the country’s independence movement and the first president of FRELIMO, the Mozambique Liberation Front ruling political party. Mondlane, trained as an anthropologist and sociologist, was assassinated in 1969.