Home>News>Mauritania says there's no paper for printing independent newspapers
By AT editor - 23 December 2017 at 8:40 am 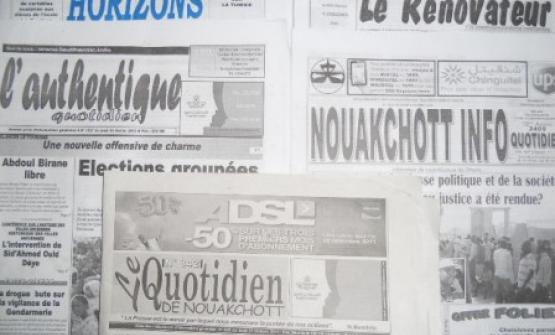 Independent newspapers in Mauritania say they’ve been doing without print editions for more than a week, allegedly because of a financial crisis at the government’s only official printing press.

The reported lack of funds means there’s not been enough paper for all media outlets, so the press has printed only two official newspapers. Chouf TV said the Al-Akhbar newspaper was among those affected, while the government-aligned Al-Shaab and Horizon were unaffected. Normally, the state presses print about 10 paper-based newspapers and some other editorially independent products.

News outlets in Nouakchott say that editors are getting apologies because the national press can’t print their product, but there’s no word on when the situation may resolve. The independent newspaper guild Regroupement de la Presse Mauritanienne (RPM), which counted 32 media organizations as members in 2016, questions why the state newspapers are unaffected but independent outlets are still waiting to go to press.

The print industry in Mauritania has suffered from the adoption of digital media, which has contributed to the financial straits that left some worker pay delayed in recent months. Yet a law passed almost a year ago prevents private news outlets from raising money through subscriptions or advertisements, a move widely seen as a deliberate attack on a free press.

Mauritania’s record on press freedoms is troubling. Two weeks ago, RPM and the Media Foundation for West Africa to which it belongs jointly appealed to Mauritanian President Mohammed Ould Abdel Aziz to end a crackdown on media professionals. Four senior journalists and their organizations have been harassed in recent months, among other causes for concern. Their passports were taken, they cannot leave the capital, and they check in each Monday with Mauritania’s security agency, the RPM said.

The organizations also petitioned the president in the case of blogger Mohammed Ould Mkhaitir, who remains in custody since 2014.