Home>ENERGY & COMMODITIES>Zambezi River dam opposed over environmental, tourism impact
By AT editor - 23 December 2017 at 6:46 am 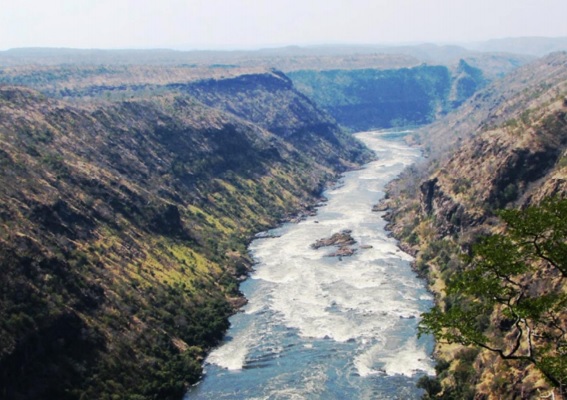 A hydroelectric dam project, years in the making and planned for the Zambezi River between Zambia and Zimbabwe, remains under pressure from whitewater rafting enthusiasts and tourism businesses concerned about the environmental and economic impacts.

Munyaradzi Munodawafa, chief executive with the Zambezi River Authority, told reporters this week that the Batoka Hydroelectric Scheme (BHS) was under fire again from those who say the dam will permanently change the river in the Batoka Gorge, touted as one of the best rafting sites in the world.

When built, the 181-meters-high dam will sit 54 kilometers downstream from Victoria Falls. The river authority, as part of its social and environmental impact study, acknowledged earlier this year that the dam’s tailwater would flood a number of rapids currently used for tourism by both Zambia and Zimbabwe. One compromise proposed by project engineers would be a reduced flow of water from the dam during some seasons, which would expose some rapids below the falls to accommodate the length of half-day rafting trips.

Monitoring the dam project are local conservationist societies such as The Zambezi Society, based in Zimbabwe, and global NGOs including International Rivers. The group International Rafting lists the Batoka Gorge and its Class V rapids as one of its Top 10 destinations to visit before it’s too late.

The USD$4 billion project is needed to provide 1,600MW in much-needed electrical power generation, and would join the existing Kariba and Cahora Bassa hydropower dams on one of Africa’s largest rivers. Munodawafa stressed the project benefits while assuring the protection of rafting activities that are part of a tourism industry accounting for 7 percent of Zambia’s GDP in 2016.

Tourism also generated 115,000 jobs, with both figures expected to rise dramatically in 2017 and 2018, according to World Travel & Tourism Council data released in March.