Home>News>Islamic State video from Somalia encourages holiday attacks in West
By AT editor - 27 December 2017 at 5:32 am 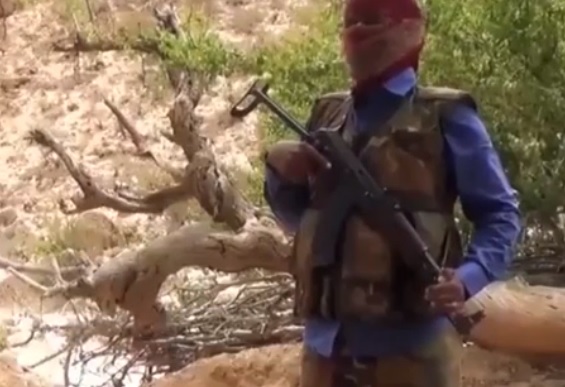 A new eight-minute video from Islamic State is the first such material produced in Somalia and demonstrates the carefully cultivated IS influence in the Horn of Africa, according to a Washington DC-based security monitoring group.

“So far, Somalia is the only ISIS entity to release a threatening video against the West during the holiday season, which is another indication of the collapse of the ISIS core in Iraq and Syria,” said analysts at the Middle East Media Research Institute. MEMRI’s discussion followed initial reports from SITE Intelligence Group that highlighted the presence of East African fighters.

The video appeared to be shot from a mountainous area in the Puntland region in northern Somalia, near Bosaso, where ISIS fighters are known to be operating, MEMRI said. Speakers identified as Abu Mus’ab Al-Ogadeni, from the Ogaden region in Ethiopia, and Abu Al-Zubayr Al-Habashi, also Ethiopian, spoke in Somali with Arabic subtitles while appealing for East African jihadists to join them.

“The appearance of fighters from Ethiopia is noteworthy, as it comes against a backdrop of increased activity on social media by ISIS media operatives targeting East Africa and Sub-Saharan Africa,” the MEMRI analysts said.

The threat of returning or relocated Islamic State fighters is an international priority as they leave Iraq and Syria.

In the video, the Islamic State jihadists appealed for fresh attacks on Western targets during the holiday season. These included images of Pope Francis in the crosshairs, as well as scenes from major cities including Sydney, London and New York City, and techniques from pedestrian crashes to railway sabotage.

“Choose a target and strike it: A celebration or a gathering,” the video message said, suggesting churches and markets. “Don’t hesitate to attack their concentrations even if there are children. Their planes don’t differentiate between children and adults.”