Home>News>Liberians await results of Weah-Boakai presidential runoff
By AT editor - 27 December 2017 at 4:33 am 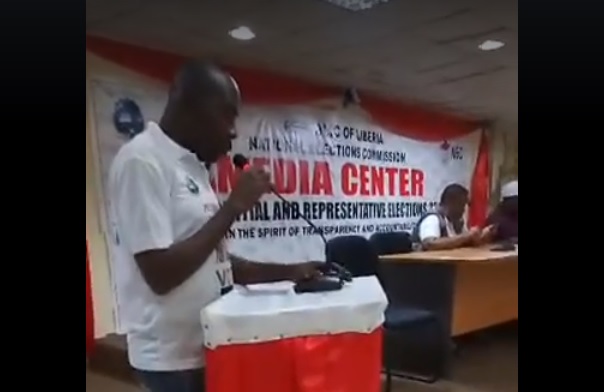 Election officials in Liberia say voting in Tuesday’s presidential runoff was for the most part a smooth process, although there will be a delay waiting for a final tally. The vote will determine whether former football star George Weah, the Congress for Democratic Change (CDC) presidential candidate, or ruling Unity Party candidate Joseph Boakai is the winner.

The voting count will begin at or before 11 a.m. on Wednesday, and the National Elections Commission (NEC) will release provisional results as they arrive. Until the NEC makes an official announcement, the candidates and the wider community are asked not to declare any result or election-related claims.

“There have been no major incidents to report of a technical nature and voting was conducted in a peaceful atmosphere,” the NEC said at its evening press conference. A few irregularities occurred, including polling places that opened late and a staffer who violated an impartiality agreement when posting a candidate preference on social media.

Five poll workers from Nimba and Grand Bassa were in traffic accidents while preparing for Tuesday’s election, and were being treated for injuries, the NEC said.

The runoff election was required under Liberian law because neither candidate received more than 50 percent of the overall vote in October. Weah received a 38.4 percent share of the vote to 28.8 percent for Boakai during the first round, which was followed by legal challenges from third-party candidates.

Liberia’s Supreme Court ruled on the case earlier this month, allowing the contested election to move forward. The Weah-Boakai runoff was originally scheduled for November 7. The winner will replace outgoing President Ellen Johnson Sirleaf, who has been in office since 2006 and was the African continent’s first female president.