Home>News>Liberia: NEC declares Weah win, Boakai concedes with appeal for peace
By AT editor - 29 December 2017 at 3:44 am 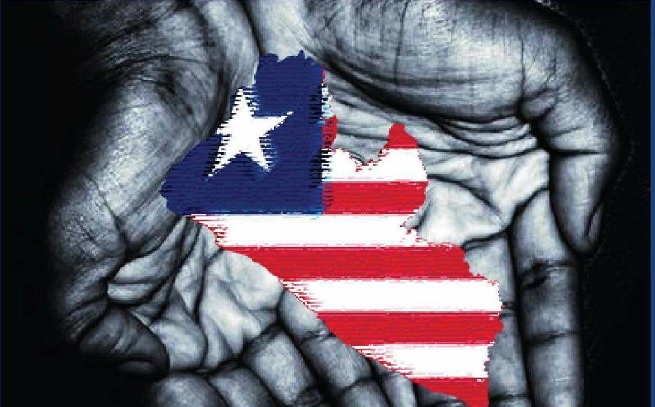 Former football star George Weah has become Liberia’s new president, while challenger Joseph Boakai has appealed for peace in public remarks that followed his concession phone call to the winner.

Boakai declared that not a drop of blood should be spilled in his name, and said he loved Liberia more than he wanted to be president, after the election was called for Weah.

Weah and his Congress for Democratic Change (CDC) running mate Jewel Howard-Taylor picked up 61.5 percent of the vote, compared with 38.5 percent for Boakai and Emmanuel Nuquay on the ruling Unity Parting ticket.

The official results, reported Friday by the National Elections Commission (NEC), came as 100 percent of the vote had been counted.

There were no major incidents and voting has been peaceful, the NEC said.

The runoff election was required under Liberian law because neither candidate received more than 50 percent of the overall vote in October. Weah received a 38.4 percent share of the vote to 28.8 percent for Boakai during the first round, which was followed by legal challenges from third-party candidates.

Liberia’s Supreme Court ruled on the case earlier this month, allowing the contested election to move forward. The Weah-Boakai runoff was originally scheduled for November 7. Weah will replace outgoing President Ellen Johnson Sirleaf, who has been in office since 2006 and was the African continent’s first female president.